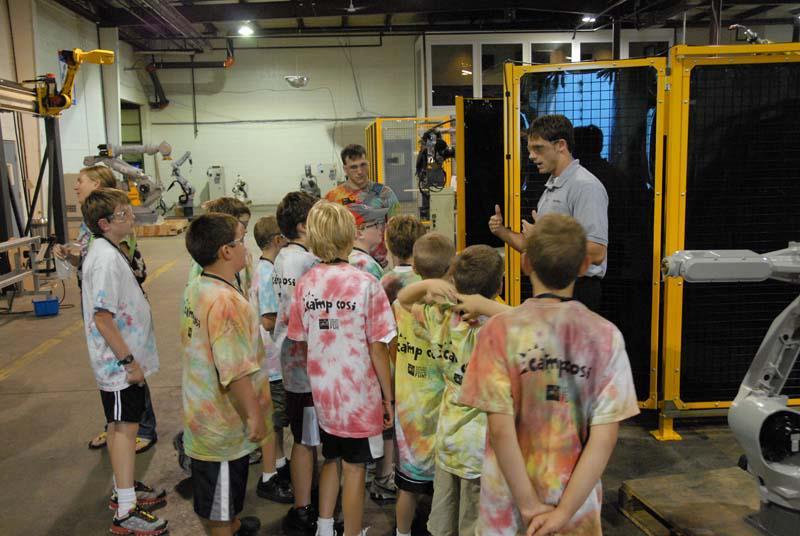 The 2008 National Robotics Challenge was a success, despite a severe blizzard that hit the same weekend (March 7-8). The competition is designed to encourage hands-on education in robotics and engineering.

This year, RobotWorx had its own role in the competition. President Keith Wanner hosted three facility tours on Friday in conjunction with the NRC event. The tour gave robotics students a chance to learn about robot integration and see a welding workcell in action.

Ritch Ramey, one of the competition's founders, said he was pleased with the turnout for the National Robotics Challenge. Though some Ohio participants were unable to attend, a number of out of state NRC teams where already in the area before the storm arrived.

Contact RobotWorx representatives for more information 740-251-4312 or reach them online.