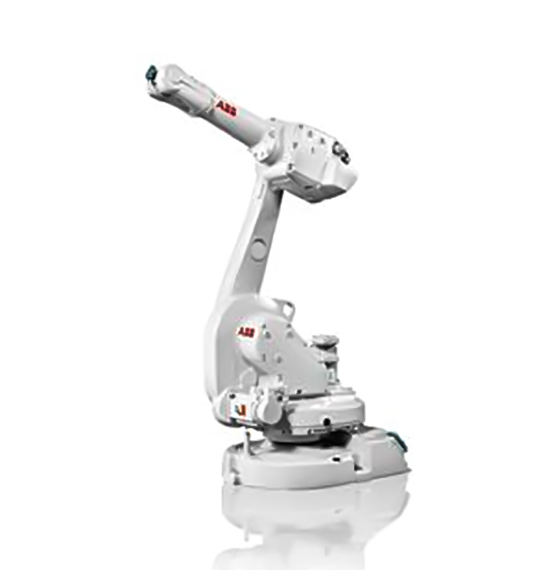 The ABB IRB 1600, available in four versions, is engineered to meet flexible, cost-optimal duty in an array of applications. The ABB IRB 1600 S4C is the result of proven technology and well tested innovations. Easily customize-able, the ABB IRB 1600 robot comes with your choice of 6 kg or 8 kg payload capacity, and 1200 mm or 1450 mm horizontal reach.

The IRB 1600 S4C has exceptional position repeatability and very good path accuracy. The robot's vigorous design allows for steady performance in even the harshest of environments. The IRB 1600 has a short cycle time making it faster than any robot in its class. The robot's bending backwards concept and different mounting options including floor, inverted, or tilted mounting, make this one of the most adaptable automation robots.

The IRB1600 has IP 54 standard protection, is IP 67 classed, cleanroom ISO class 5, steam washable, and "Foundry Plus" optional. Furthermore, up to four robots can be independently operated from the same controller - MultiMove.

It is important to make sure your robot uses the right grease and oil to ensure its axes are moving as smoothly as possible. The IRB 1600 uses Mobilgearlube X320 for axes 1-4, and Optimol BM 100 for axes 5 and 6.

There are also used ABB IRB 1600 robots available for sale through RobotWorx. All used IRB 1600s have undergone RobotWorx' rigorous refurbishment process and include the RobotWorx Value Package. Whether you buy a new or used ABB IRB 1600, you won't be disappointed, contact RobotWorx today!

For more information, contact a RobotWorx representative today at 1-877-762-6881