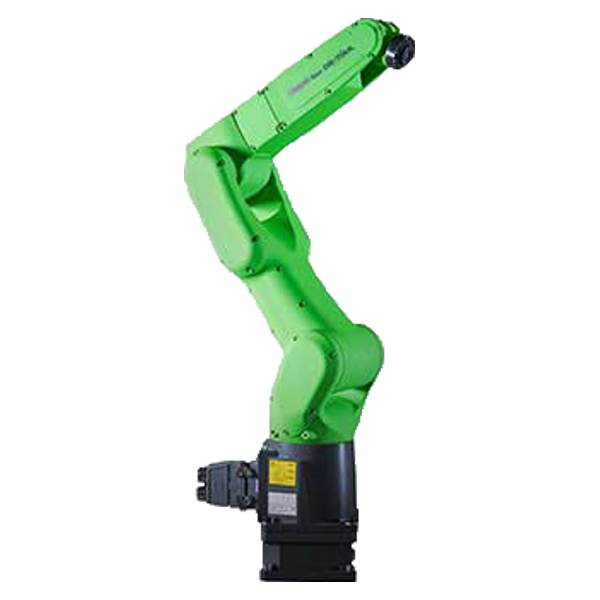 The FANUC CR-7iA is FANUC's newest collaborative robot resembles the LR Mate family. Painted green to show it's ability to work beside humans, you can expect the same reliability as FANUC's yellow robots. The CR-7iA is ideal for small part sorting and assembly, inspection, machine tending, and part delivery. It has a 7 kg payload, 717 mm reach, and is equipped with iRVision and Force Sensing. There are a variety of mounting options such as floor, wall, and ceiling.