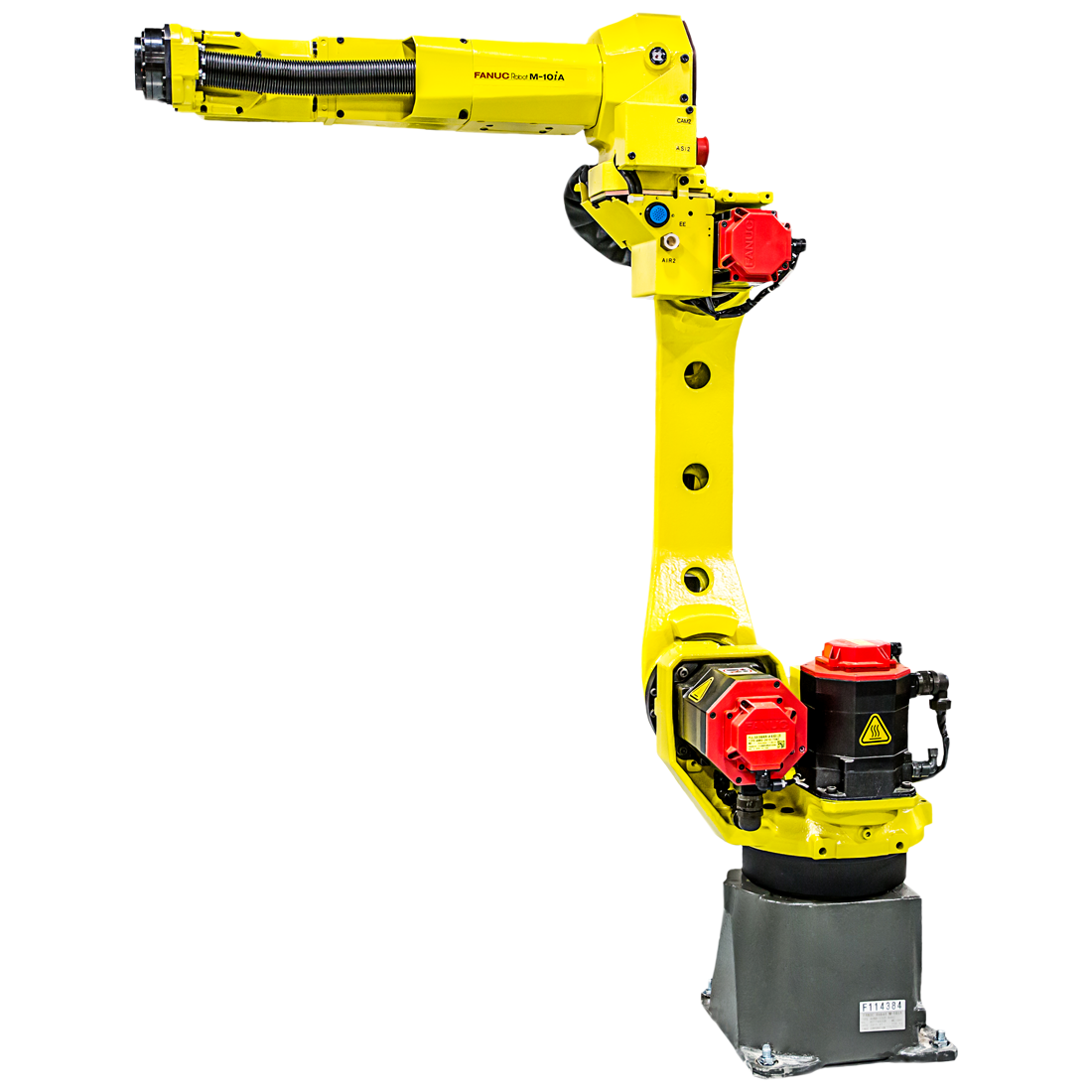 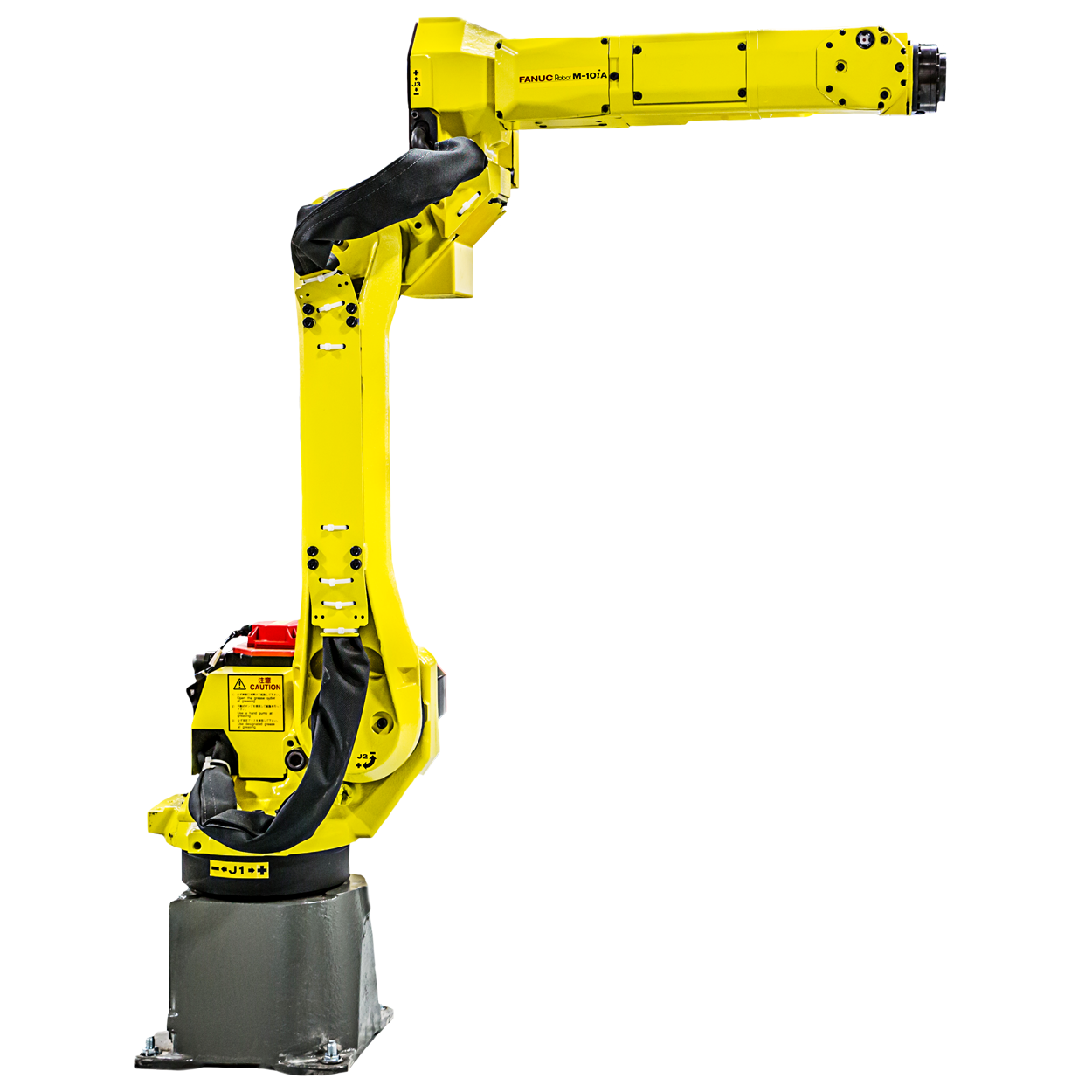 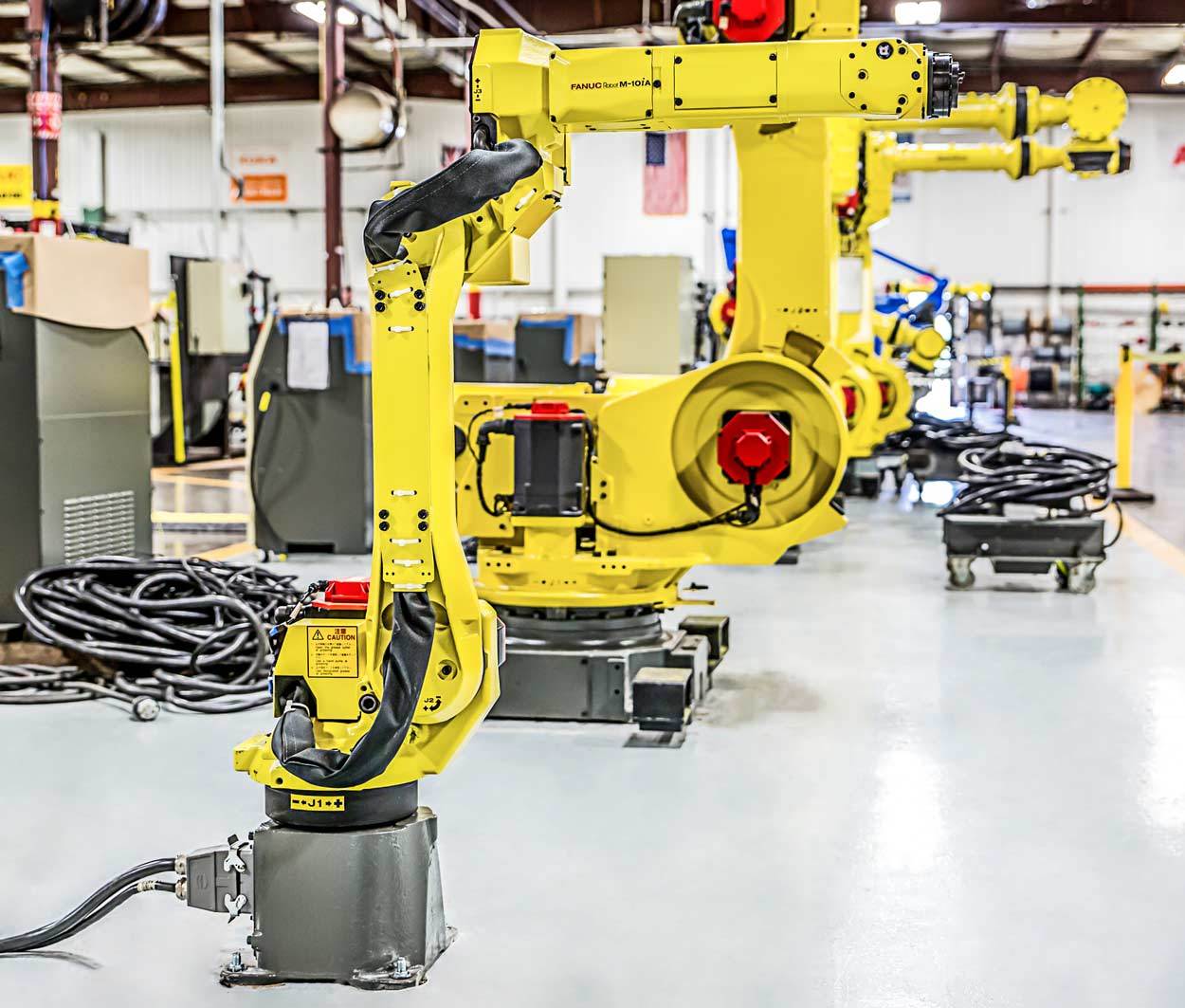 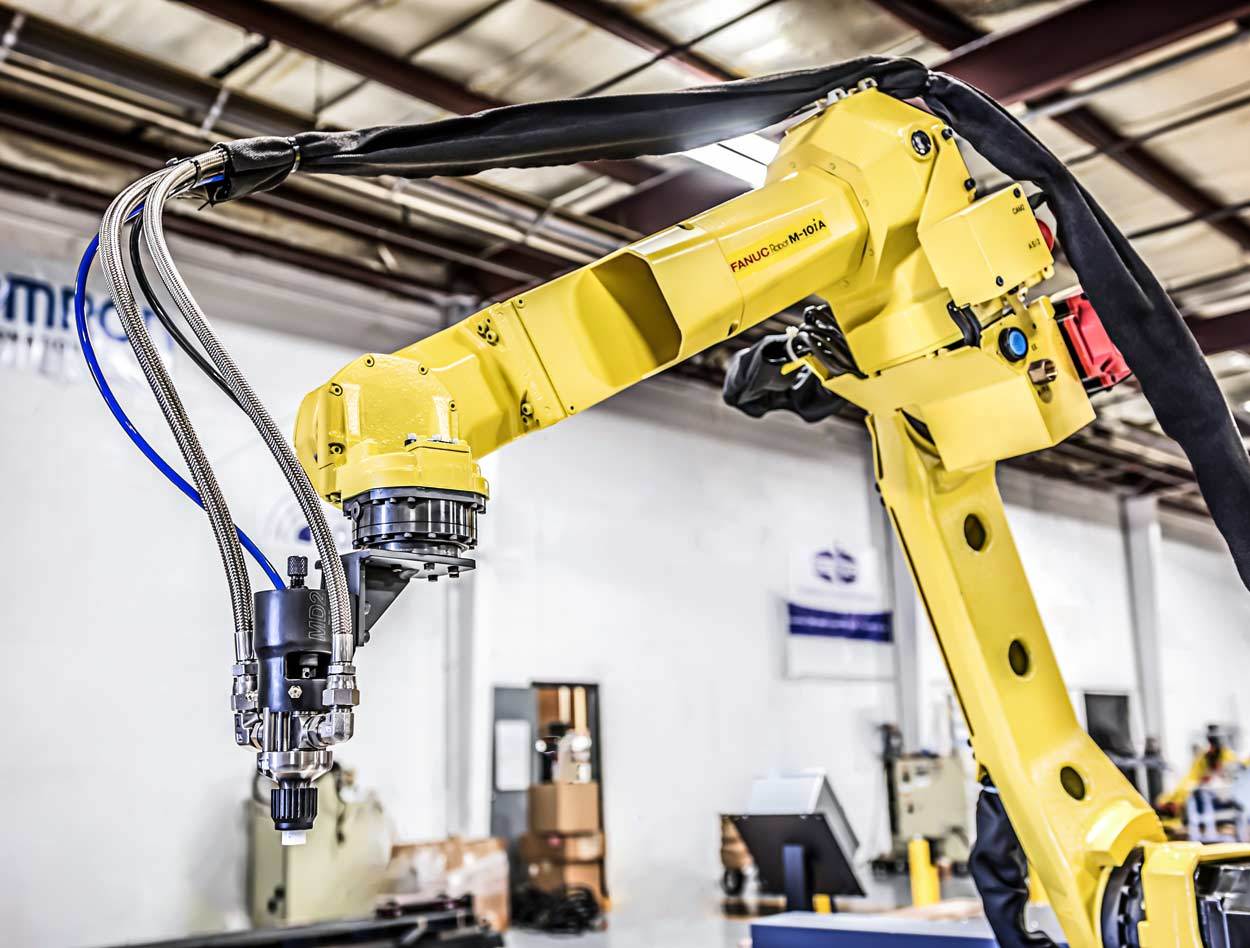 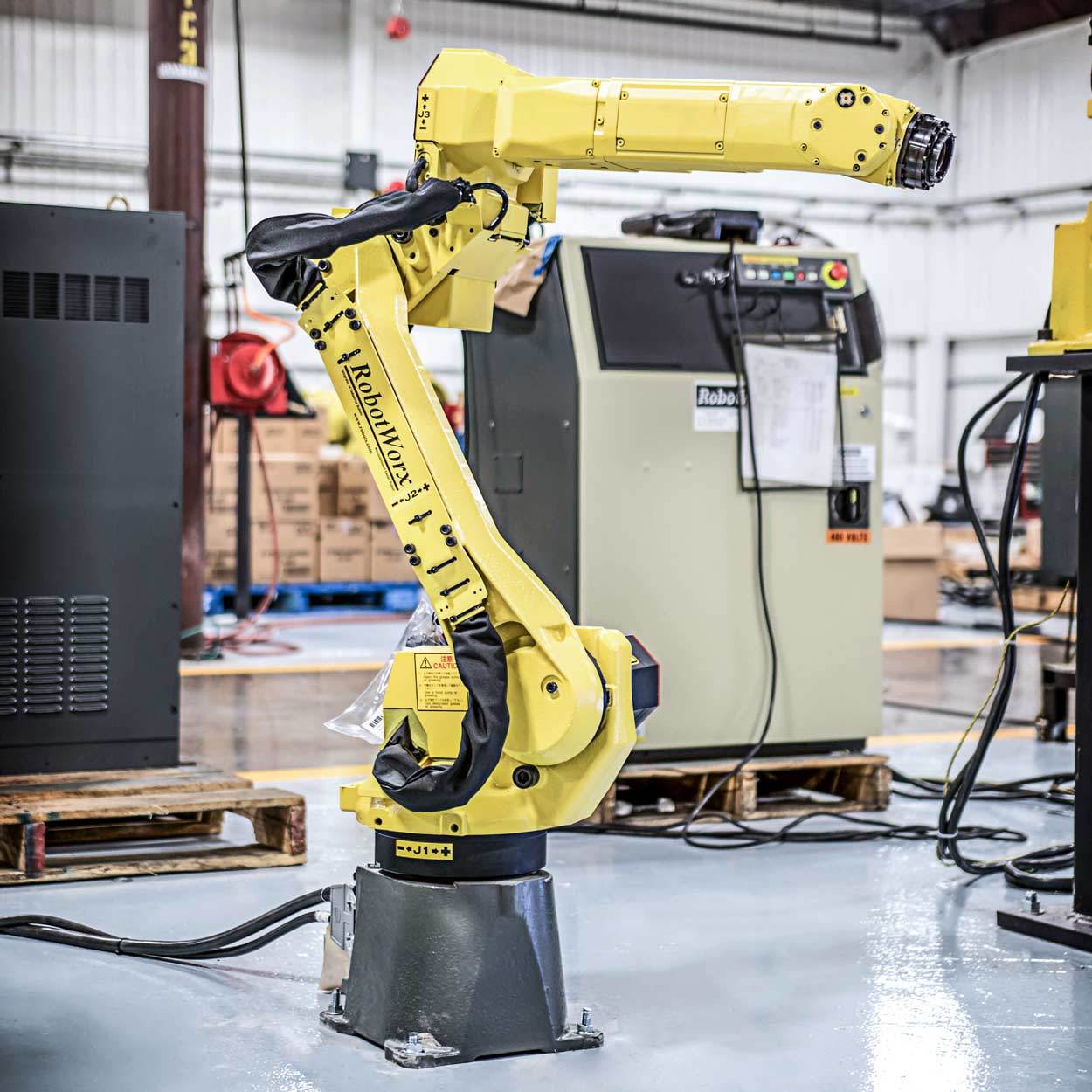 The slender FANUC M-10iA simplifies applications and floor plans as it is more compact than other robots in its class while maintaining the highest axis speeds and best repeatability in its class. Furthermore, the M-10iA can handle up to 10kg payload and reach a full 1,420mm horizontally. It is truly a small but mighty robot, weighing in at a mere 130 kg while also providing some of the highest write moments and inertia in its class.

In addition, the FANUC M-10iA has a short, standard, and long arm available, and two different types of wrists, hollow or high-inertia. The hollow wrist, dress-out and the routing of cables simplifies the robot, improves the reliability, and reduces the overall system cost. Also, the M-10iA robot can be mounted at any angle on the floor, wall, or ceiling. The work envelope is also increased as J3 can flip over backwards.

The FANUC M10iA R30iA makes an excellent automation solution for multiple applications including top-speed pick and place, cutting, coating, and machine tending. This robot can be attached to the floor, ceiling, or at an angle. The FANUC M-10iA comes equipped with a 2D vision cable integrated through the robot arm and is paired with the R-30iA controller and teach pendant.

Whether new or used, the FANUC M-10iA is the perfect solution for your application as it sets the industry standards for small robots with its high axis speeds and incredible repeatability for it's class. The M-10iA is built with precision and speed in mind as it has increased acceleration performance that results in higher productivity.