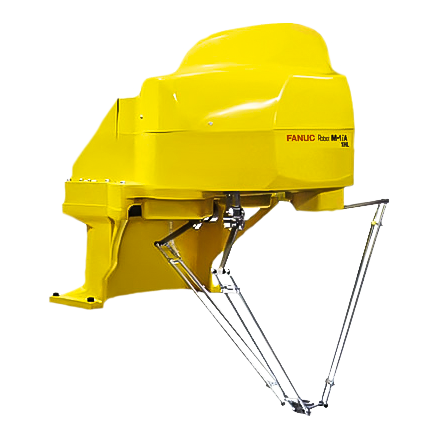 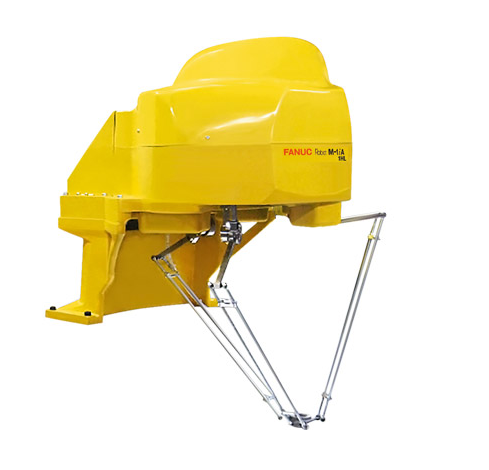 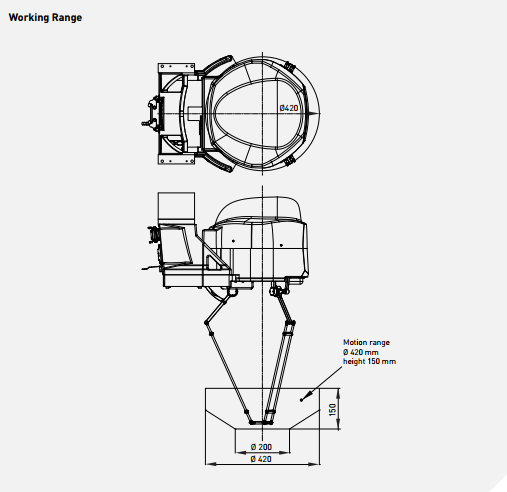 Manufacturers that want a long reach, delta-style robot need to look no further than the FANUC M-1iA/1HL. This robot model has a great amount of dexterity, due to its parallel link design, which gives it lightening repeatability, and allows it to perform a wide variety of small parts assembly applications.

The M1iA/1HL is part of the M1iA family from FANUC. This version has a longer reach than others, which gives it a little more flexibility, but it is also engineered with a parallel link configuration which makes it perfectly suited for small parts assembly, handling, and picking applications. The parallel link structure of the robot enables it to reach much higher speeds and consistency than other previous robot models. This level of consistency is only bolstered by optional features such as iRVision, Force Sensing, and Robot Link -- accessories that improve the motion and communication of the robot during operation. Robot Link is extremely helpful in a M-1iA/1HL work cell configuration, because it can coordinate up to 10 robots and allow them to exchange positional data to work together on tasks.

Like many other M-1iA robots, the M-1iA/1HL uses the iPendant touch or Open Air versions of the R-30iB controller - the Mate version can be requested. These versions of the controller have advanced networking and motion control functions, according to FANUC. They both use the iPendant, which has better graphics and is more user-friendly. The R-30iB open air version can also be mounted inside another controller, which saves the manufacturer floor space. This controller has low energy consumption, and is available in both single-phase and three-phase versions.

The M-1iA/1HL also can boast a lower energy consumption than most robots. Available in 50/60Hz single-phase, this robot only uses an average power consumption of 0.2kW. It also has a low acoustic noise level and low ambient temperature. While it is a powerful little robot, it needs to be kept away from water, because the protection rating is only IP20.

If you need a long reach, delta-style robot for your facility, the M-1iA/1HL may be a perfect addition to your production line. If you are looking to save costs even further, consider a used M1-iA/1HL robot. RobotWorx experts work hard to refurbish all of their used robots and bring them back to like-new condition. Additionally, the used M1iA/1HL comes with the RobotWorx Value Package.