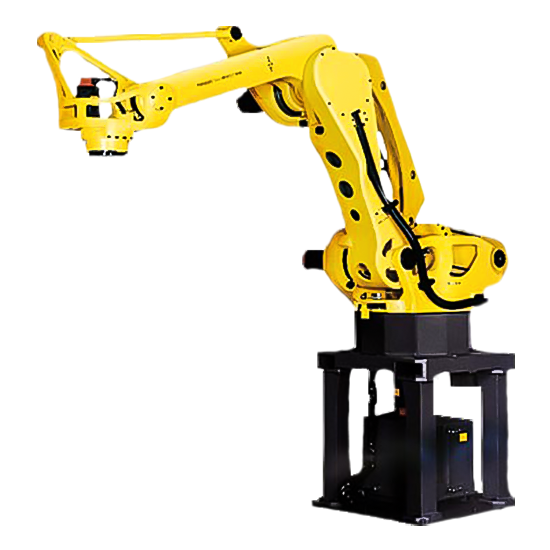 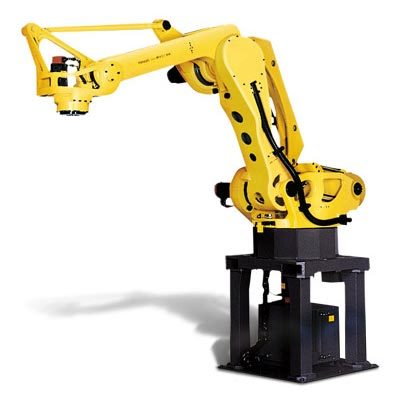 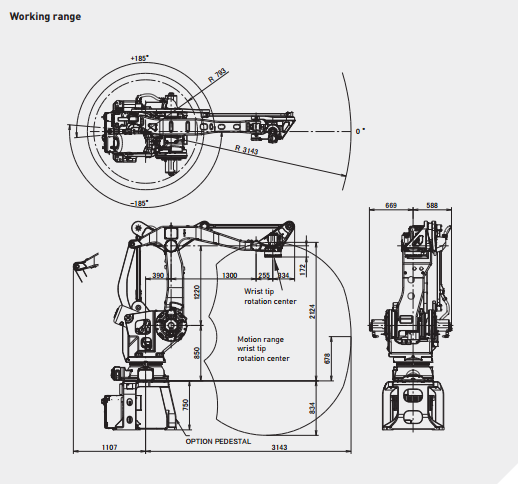 The FANUC M-410iC/500 is a large, heavy payload palletizing robot. This FANUC M410iC/500 comes equipped with a R-30iB controller and an intelligent iPendant Touch. The M-410iC/500 has a protection rating of IP54, which means it has complete protection against contact, some protection against dust, and splashing water, which allows it to work in a variety of different places on a factory floor.

As far as palletizing robots go, the M410iC/500 is at the top of the pack. While the robot is customarily used for palletizing, it can also be used for heavy material handling or packagingpurposes as well. Cables and hoses are routed through the robot's wrist, which keeps cables from swinging and snagging on other existing structures or robots. This not only cuts down on wear and tear of the robot, but also decreases the possibility of motion interruption or differing from the programmed path. The FANUC M 410iC/500 operates at a noise level of 75.3 decibels, with an average power consumption of 3kW, which allows it to run quieter and with less energy consumption than many other robots of its size.

The robot is mounted on a pedestal, which gives the manufacturer more flexibility when planning the layout of the system. While the footprint isn't exactly compact at 1094mm x 945mm, the R-30iB controller can actually be mounted inside the pedestal, freeing up floor space for other needs. The M-410iC/500 can be equipped with optional features like force control, which improves the ease of programming, and iRVision, which is a system of cameras that helps to improve accuracy during applications.

If you need a dependable robot to handle heavy material handling and palletizing application, this FANUC M-410iC/500 is an ideal choice.