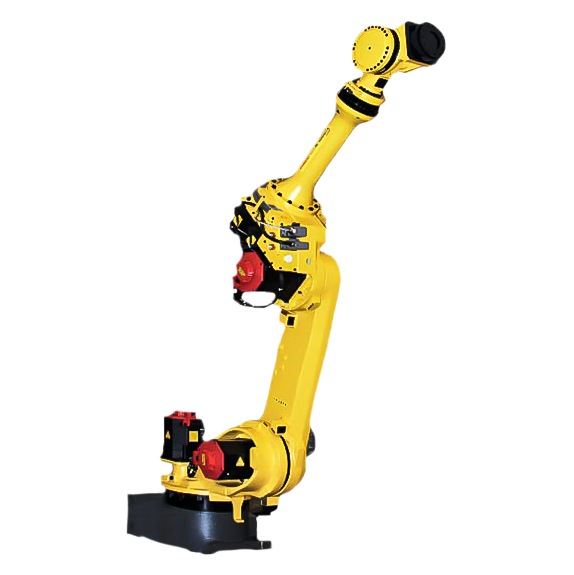 The FANUC R-1000iA/100F is a lightweight spot welding robot that does not sacrifice performance. The compact body of this robot helps deliver fast cycle times while conserving energy. Automation lines can be streamlined with this slim arm because it uses less space. For added versatility, the FANUC R-1000iA/100F can be mounted either on the floor or inverted.

A large work envelope and high wrist loads make this robot ideal for spot welding applications. The R-1000iA 100F is much more energy efficient than larger, heavier robots; it can also be outfitted with internal cabling and iRVision.