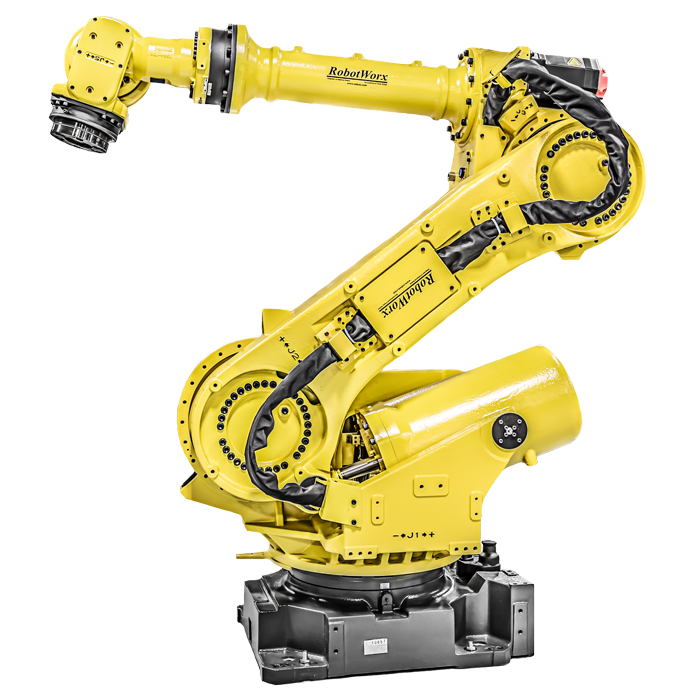 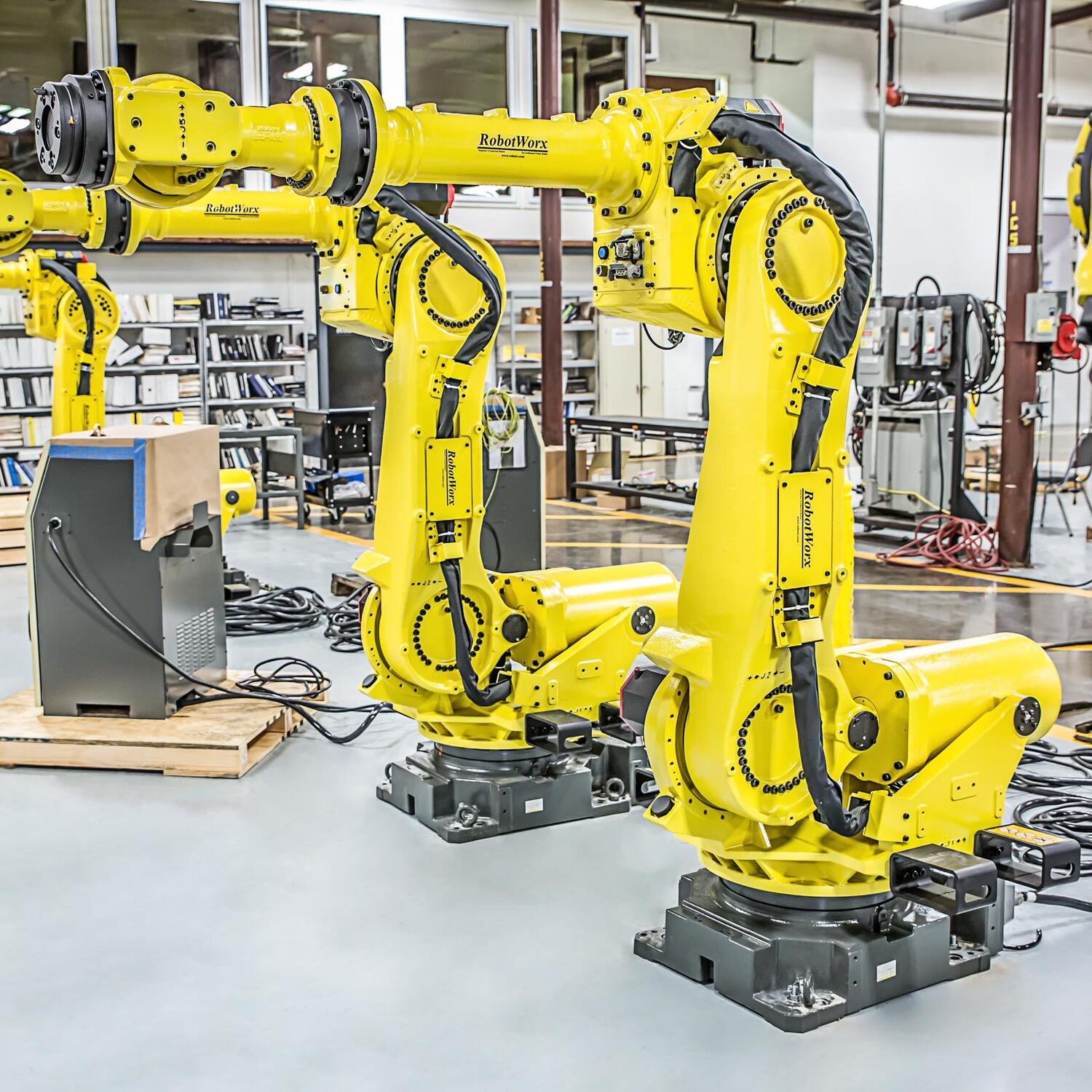 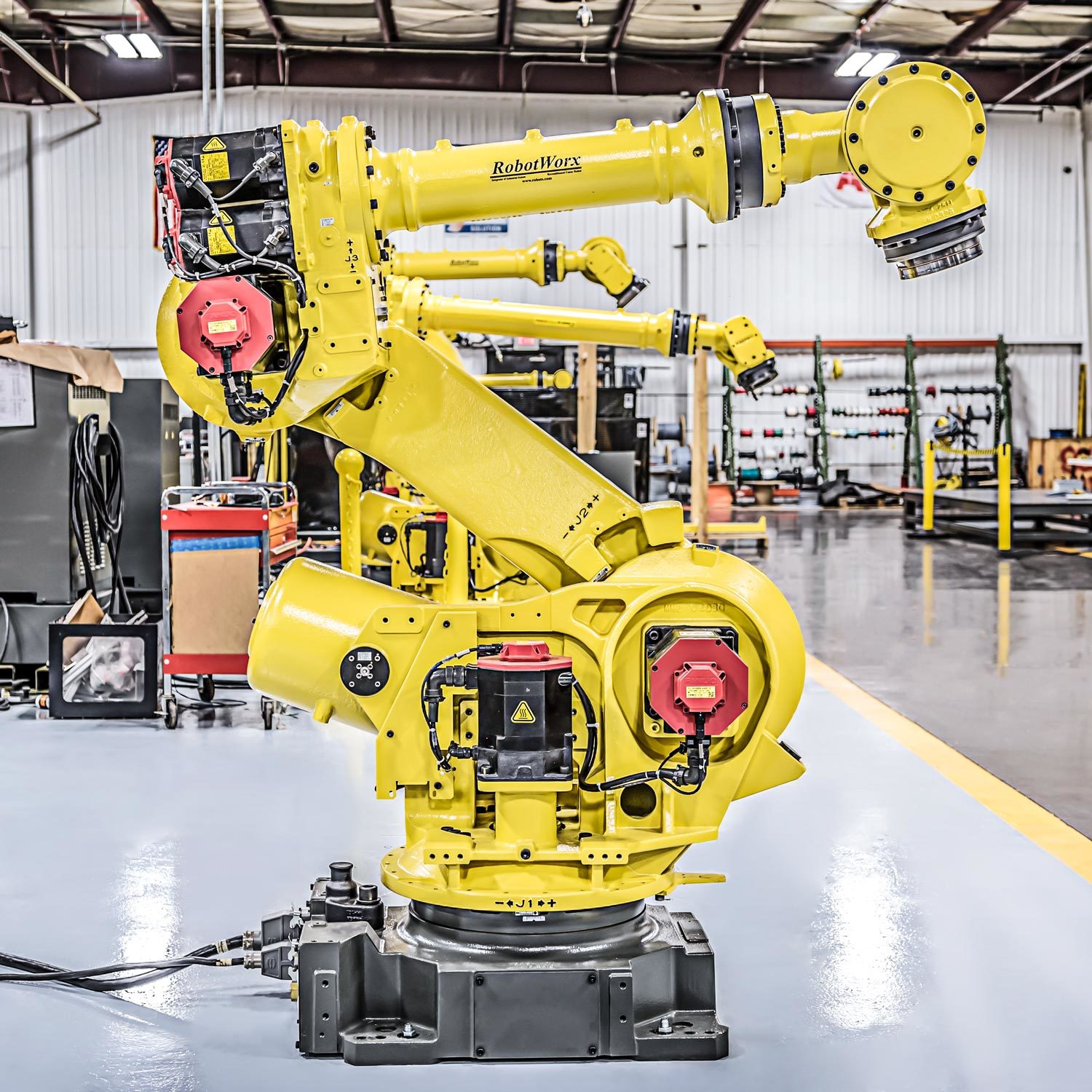 The FANUC R-2000iB/210F is a floor-mounted robot with an extremely high payload, 2655mm horizontal reach, and six degrees of freedom. It is great for a variety of applications, such as material handling, welding, dispensing, and material removal. The R-2000iB/210F has a slim arm and wrist which helps it fit into confined and hard to reach places, giving manufacturers even more versatility when planning their applications. This also helps to reduce interference with system peripherals. Despite the slim arm, the R-2000iB/210F has a very large work envelope with the ability to reach overhead and behind.

RobotWorx can offer both new and reconditioned versions of this FANUC robot. The used R-2000iB/210F has undergone an intense refurbishment process and is brought back to mint condition. Any new or used robot purchased through RobotWorx includes the RobotWorx Value Package.

The new or used R-2000iB/210F will be paired with the RJ3iC or the R-30iA controller. Both controllers allow for advanced motion control and the option of FANUC iRVision. You can expect higher value and industry leading performance on your production line with the R-2000iB/210F. For all of these reasons and more, the new or used FANUC R-2000iB/210F robot is a great addition to many shop floors!