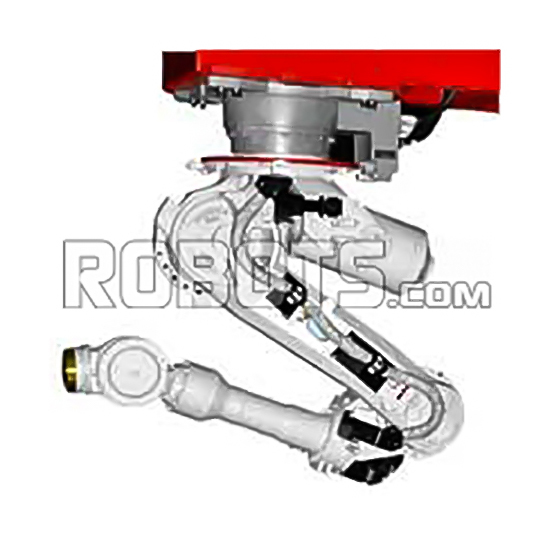 The Motoman UP130T is the overhead mount version of the standard UP130 robot. By choosing the inverted UP130T XRC, you are opening your automation up to a whole new world of possibilities.

Like many other robots in the UP series, the UP130T can perform several handling and welding applications with ease, and because it is inverted, it has even more freedom to do so. But, if freedom, enhanced speed, and improved accuracy are not enough, the UP130T also saves a lot of room on your shop floor...because it doesn't have to be mounted there.

This means that you can save time, money, space, and improve product quality, all by choosing the UP130T from Motoman. If you are looking to save on initial investment costs even further, then consider a used Motoman UP130T robot from RobotWorx. All experts take great care and put meticulous effort into the reconditioning process and bring all used Motoman UP130T robots back to like-new condition. All used UP130T robots include the RobotWorx Value Package. You will not be disappointed with a purchase of a new or used UP130T robot from RobotWorx, contact us today!