Cost Reduction Due to Lasers 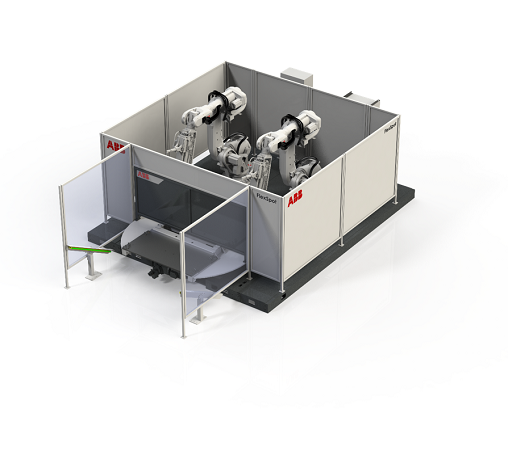 These days more and more companies are reducing their costs due to the use of lasers and industrial robots. Systems by ADIGE and software by Fanuc Robotics are increasing accuracy and productivity while decreasing the need for laborers, therefore greatly reducing manufacturing costs.

Originally an acronym for Light Amplification by Stimulated Emission of Radiation, a laser is a device that generates an intense beam of light through stimulated emission of photons from excited atoms or molecules. Though primarily used for illumination, lasers have become extremely useful in commercial, industrial, and military applications.

Perhaps most impressive is a laser’s ability to cut through metal, making it especially useful in manufacturing. This application, and the ability to combine lasers with robots, has been a major factor in reducing manufacturing costs both domestically and internationally. Laser machines are used for cutoff, beveling, and cutting (slots, holes, notches, and other features) in tube and pipe. Because of the laser, cuts are much cleaner which improves part quality. Companies like Fanuc Robotics have capitalized on the abilities of lasers and incorporated them into their robotic devices. This has reduced, and in some cases eliminated, the manual handling of parts. Because of this there has been an incredible decrease in the amount of people needed to produce something. Robots can run 24 hours a day, 7 days a week with little to no human attention. Also, these robots with laser technology are quite accurate and eliminate human error, thereby reducing costs.

Fanuc’s LaserMate RTC (Robotic Tube Cutter) is one of these laser-robot products. It consists of a laser head indexed with a two-axis servo device, integrated with a six-axis robot. Its cut library, which stores tube sizes and features, facilitates part changeover. It also provides nesting for best use of stock, and its memory can hold instructions for manufacturing up to four unique parts from a single tube.

Over the past fifty years the use of lasers and industrial robots has changed manufacturing around the world and has reduced costs dramatically. The next fifty years will surely see even more productivity and cost savings as these technologies continue to evolve.

Contact RobotWorx representatives today for more information; they can be reached online or at 877-762-6881.