Feeling Their Way Around: Robot Sensors 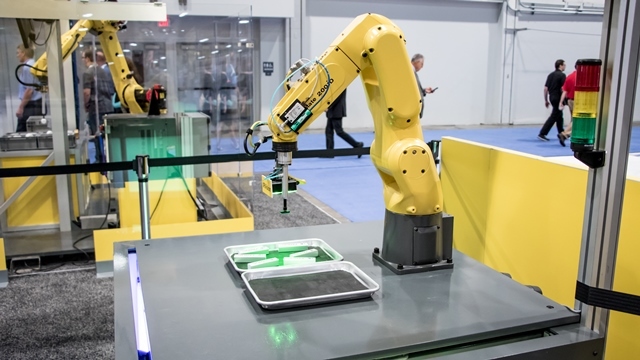 Humans are capable of sensing environmental factors around them and are aware of what each of their body parts is doing at any given time, while robots are not afforded this luxury. Small, lightweight sensors help the robots adjust to where they are, what they are doing, and where their own parts are. Engineers increase the number of sensors used on a robot as the robot gets more complex. A single task may require a combination of different sensors.

Sound sensors detect sound and return a voltage proportional to the sound level. The sensor is usually a microphone, and can help even a simple robot navigate based on the sound it receives. Complex robots can use a microphone for speech and voice recognition.

A push button switch, limit switch, and tactile bumper are examples of contact sensors. They are typically used for robots to avoid obstacles, and are triggered when physical contact against other objects is established. After an object is bumped, the sensor triggers the robot to reverse, turn, stop, etc. Touch screen smart phones and other devices use a form of a contact sensor.

Instead of allowing the robot to make physical contact with an obstacle, a proximity sensor can be installed so that the robot can detect the presence of a nearby object within a given distance. A transmitter sends electromagnetic radiation or electrostatic field, and the receiver analyzes the return signal for interruptions. Examples of proximity sensors are infrared transceivers, ultrasonic sensors, and photoresistors.

Positioning sensors approximate the position of the robot; GPS is the most commonly used. Satellites transmit signals and a receiver on the robot acquires these signals to process. GPS systems are beneficial for outdoor robots. Digital magnetic compass and localization are other positioning sensors.

RobotWorx can help you incorporate an industrial robot with robotic sensors. Contact us today on how to pick the right sensors for your facility; online or at 877-762-6881.