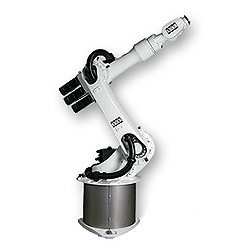 There are many robots that have a lot of complicated parts, but not nearly as many as cleanroom robots, like those built by KUKA Robotics. Cleanroom robots operate in places like scientific labs, pharmaceutical facilities and electronics assembly factories where it is highly important that there is little to no dirt, grime or contamination on or in the product.

When you purchase a KUKA cleanroom robot system, you can rest assured that you are going to be able to control the particle fallout in your cleanroom much better than with other systems. When regular robots operate, they shed particles from their belts, gas hoses, and movement from the end-of-arm-tooling, according to Robotics.org. This can cause the particle level to rise far above what is allowable in a cleanroom setting. KUKA cleanroom robots are built with special materials that do not collect or give off dust, cutting down on the amount of particles it may release into the air at any given time.

Though these special KUKA robots operate well in cleanrooms, they still need to be kept extra clean, which is why, in most cases, they are never taken from the room once installed, unless absolutely necessary. That is where KUKA cleanroom robots have one up over humans. Not only are they sealed, made with special parts and non-dusting coating, but they also never leave the room. They exist in the cleanroom, unlike their human counterparts who would go in and out of the cleanroom when they come to work and leave every day. It cuts down on the contamination even further.

Are you interested in learning more about KUKA cleanroom robots? Then you should contact RobotWorx, a certified integrator for several different robotics companies, including KUKA Robotics. Our staff will work hand in hand with you to make sure that you are able to design and customize the best robotic cleanroom system to fit your budget and facility.