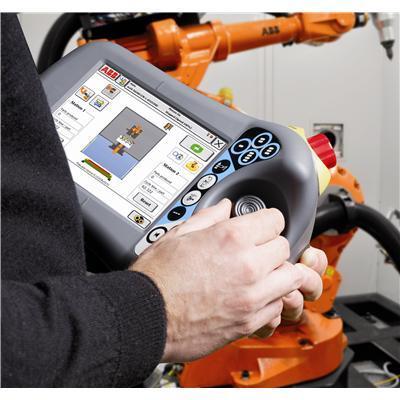 Cutting-edge software technology is essential to the success of NASA’s missions. As a result, NASA draws on cooperative research and development efforts with leaders in academia and industry to solve its most pressing software issues.

Recent joint efforts between NASA’s Jet Propulsion Laboratory and Carnegie Mellon lead to an upgrade of NASA’s Mars Rover, Opportunity. The rover, which was designed for only a few months of exploration, has proven extremely resilient. Ten years after its launch, Opportunity continues to traverse the complex terrain of Mars. With outdated software, the rover was only able to think one step in advance. It was able to turn to avoid obstacles, but if a second obstacle was presented, it would turn again. This became particularly problematic when the rover was driven into dead-end or cul-de-sac areas. The rover would continuously loop back on itself until human operators helped it escape. To solve the problem, NASA turned to Carnegie Mellon for autonomous navigation software. Technology that had been developed and used to control a number of mobile robots at Carnegie Mellon was tailored for the older processors onboard Opportunity and was then integrated into the Mars Exploration Rover software. The new software allows the rover to build a large-scale map of the terrain it encounters. In addition, the robot has a memory of how it got where it is and the ability to retrace steps or plot new paths.

Another such partnership is an agreement between NASA’s Ames Research Center and M2Mi Corp to advance ‘automated machine-to-machine intelligence’ for space missions. M2Mi Corp has developed technology that interconnects machines and provides a standard way for them to exchange information. NASA hopes that the cooperative effort will enable NASA’s computers, spacecraft, and robots to be aware of their surroundings, make their own decisions, and effectively communicate with one another. In return, NASA’s partnership and cultivation of M2Mi Corp’s technology is intended to lead to a spin off that will benefit industry. In the future, such M2M technology could enable the components of an automated factory to communicate and make necessary adjustments to increase efficiency.

RobotWorx is supportive of space exploration and is excited to see how robotics continue to be used for space missions. Robotic software is used for a wide variety of industrial automation also. If you would like more information on integrating robotic software, contact RobotWorx online or at 740-251-4312.