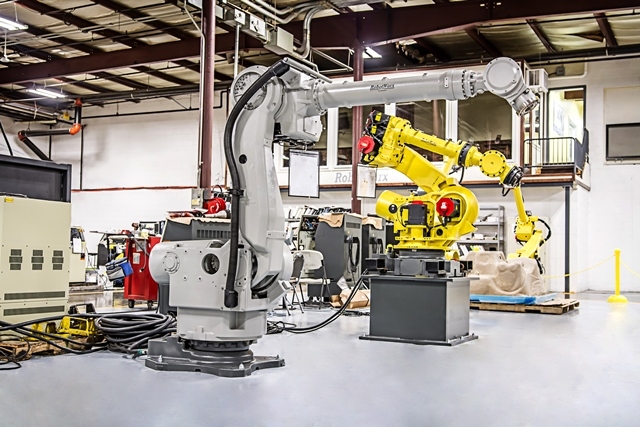 Robots have been used in the manufacturing industry for decades to improve the productivity of factory lines. These robots are performing applications every day that are too dangerous for humans to perform because of either the application itself or the location it is performed. In this way, industrial robots have something in common with research robots – the robots that go everywhere that no man is able to safely go.

There are research robots that travel all over the globe with scientists so they can study new ways to solve production problems in places other than an industrial environment. These robots are in development. One example would be an agricultural robot that researchers have designed to spread and plant seeds in the fields. This means that farmers would have an easier time getting their crop in the ground. Another robotic system that researchers are developing is harvesting robot – which would make it easier to get crops out of the ground and off the tree or vine as well.

But, robotic research is not limited to muddy fields of the farm. Robots are also helping researchers plunge into areas where they cannot physically go themselves – the depths of ocean and space. Space and ocean exploring robots are equipped to handle pressure and heat that would kill the average human. These robots obviously do not need food, water or breaks, so they are able to research longer than a human team, and there is no loss of human life if there is an error. This means that researchers can use robots to explore these areas without putting a human’s life in danger, which is a key part of robotics.

All in all, research robots are very similar to industrial robots. They work more efficiently than their human counterparts, and they keep them out of harm’s way, while also being cheaper in the long run.

If you would like more information about research robotics and what industrial robots can contribute to your facility, you should call RobotWorx, a leader in industrial automation. RobotWorx provides solutions from many robotics companies, including Fanuc, Motoman, KUKA, Universal Robots, and ABB. Our staff will work with you to help you create the perfect robotic automation system for your facility.