Robots remove the need for companies to outsource their factories 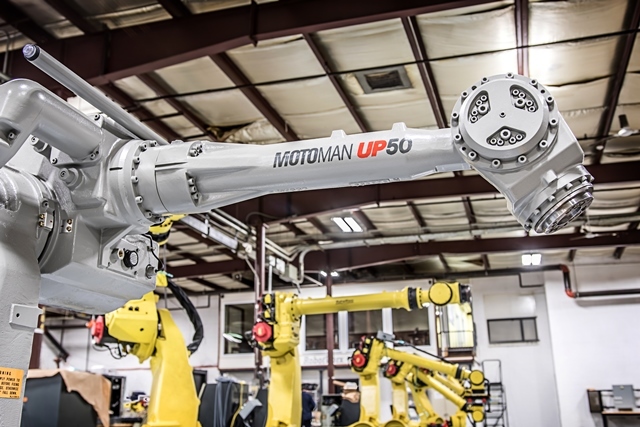 Outsourcing facilities has been an issue for the United States economy for years. Companies move overseas so they can save money through cutting facility and labor costs. However, the new surge of robotics into the manufacturing industry may remove the need for companies to outsource.

Though robots were more consistent than human work, they have a history of being expensive, and not as cheap as outsourcing. Today though, robots may remove the need for companies to outsource. Industrial robots are decreasing in price, and as their price comes down, so does the company’s operating costs.

One example would be a factory that operates at $40 per hour of work in the United States. A manufacturer may choose to outsource this factory to another country where they could save $10 an hour. But, with the newer, cheaper and more intelligent robots on the market today, companies could have operation costs as low as $5 per hour of work, totally negating the need to outsource. These smarter robots remove that outsourcing need, while still improving productivity and reducing costs.

Now, manufacturers have the reliability of fuel costs and inflation rates in the U.S., while also having lower operating costs that keep their overhead down and increase their revenue. This means that as robots become more popular, they may remove all need to outsource, keeping more companies in the United States.

RobotWorx, a U.S. company that integrates FANUC, Motoman, ABB, Universal Robots, and KUKA robotics, has always operated in the United States, and supplies robots all over the U.S. Our highly-skilled staff works with customers to help automate their facilities and decrease their costs, which may remove the need to outsource their facility to another country.

For more information on automating your applications and saving money with RobotWorx, contact us today online or at 740-251-4312.