What makes the FANUC M6iB/6S move 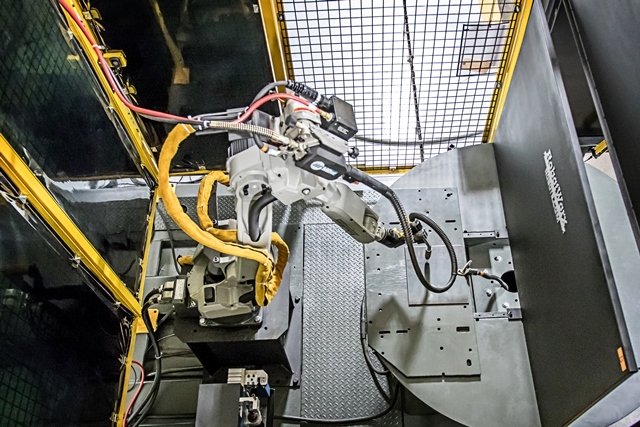 Industrial robots have been around in full force since the 1980’s. It was during that time that manufacturers realized that by automating their processes like welding, material handling, and material removal, they could save money while speeding up their applications. One such model was the FANUC M6iB/6S. While this robot is efficient in its material handling applications, it is the internal parts that crank away year after year to keep production moving.

The servomotors found on every axis of the M-6iB-6S robot, (part numbers A06B-0202-B605 and A06B-0223-B605) are equipped with amplifiers that receive feedback from all parts of the robot. From this feedback, the motors can re-adjust and move in a way that works best for the robot’s operation.

Another important part of the M 6ib 6S is the group of speed reducers (part numbers A97L-0218-0288 and A97L-0218-0361) that are able to work in conjunction with the motors to slow down and redirect the motor’s output. They send it to the correct area of the robot that needs it, improving the robot’s overall functionality.

Finally is the M6ib6s’ wrist assembly, part number A290-7215-T502. Without this, the robot would essentially be useless. The wrist assembly is where the end effector is attached. Without the wrist, the EOAT cannot be attached to the arm, losing the robot’s function intent.

All of these parts are crucial to the robot’s function. These parts, including the robot system itself, can be purchased through RobotWorx vast inventory. For more information, contact RobotWorx today online or at 740-251-4312.