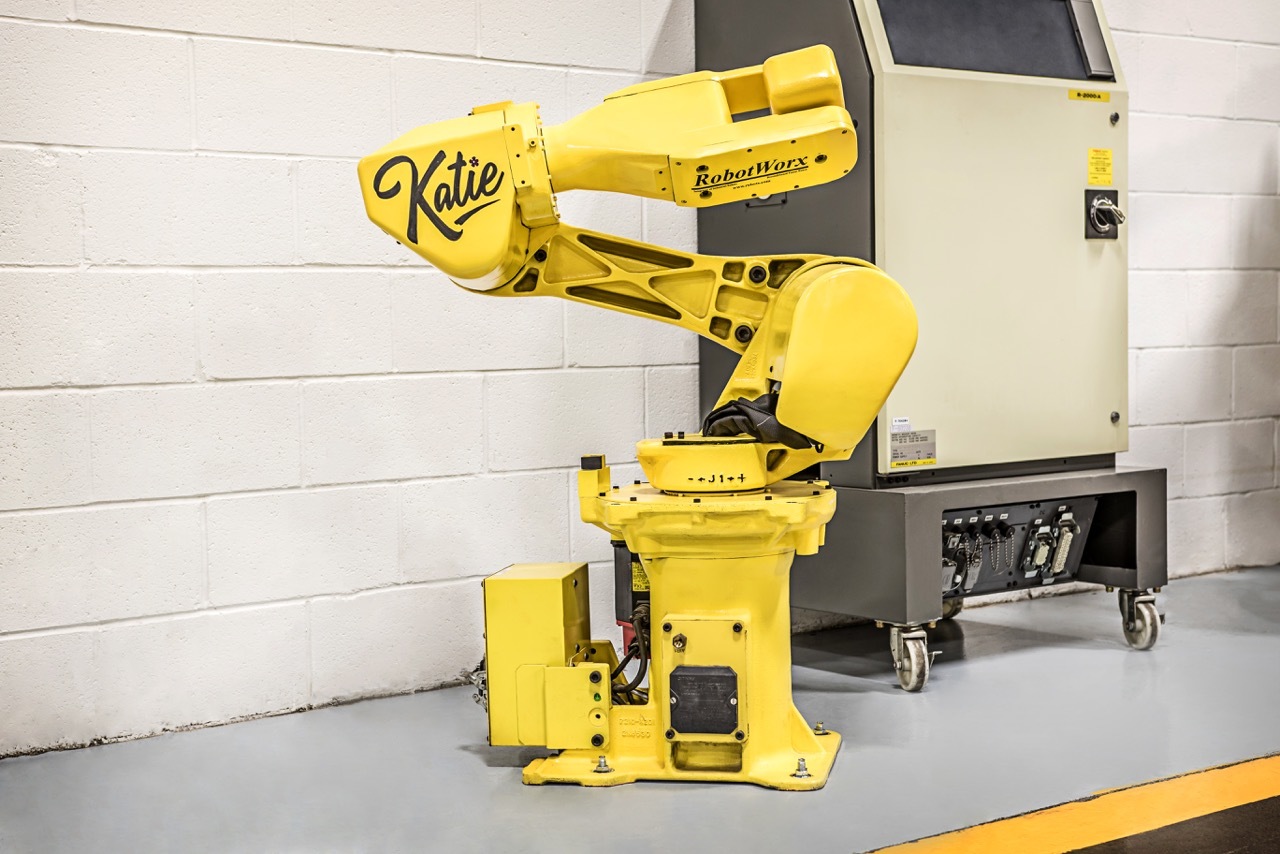 The season finale of NBC's Knight Rider aired last night, but the careers of industrial robot actors Katie, Lisa, and Hank are far from over.

In fact, they're ready for their next assignment, whether it be acting or manufacturing. Interested in purchasing one of the NBC stars?

The transition back from stardom and the Knight Rider T.V set has been smooth. Katie is on display in the building's lobby while Lisa and Hank are set up in RobotWorx' Integration Bay. The NBC Special Effects team has been replaced by robot technicians and engineers. Instead of interacting with actors, Katie, Lisa, and Hank now interact with customers.

The "job" for NBC's Knight Rider was a rare opportunity for the three reconditioned Fanuc ARC Mate 100i RJ3 robots. Cast as intelligent shop assistants for KITT's Cave, the robots were programmed to carry out specific moves. Katie and Lisa inspected KITT, handed tools to other characters, and participated in a water gun fight. Hank was given a more challenging role and EOAT to match.