Robots are the Best Way to Keep Jobs in America 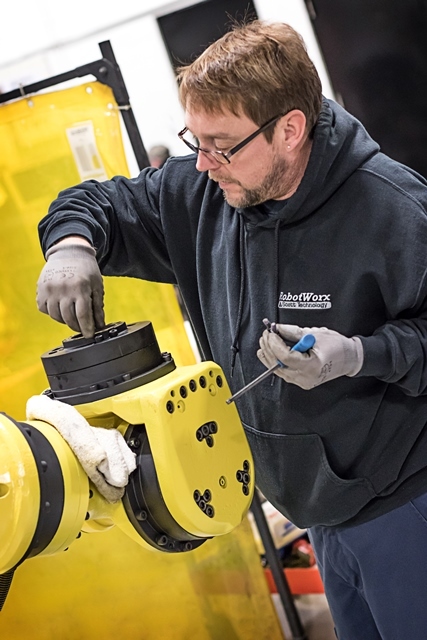 Anti-robot sentiments are not unheard of; a lot of robot apocalypse fear and finger pointing (at robots) has ensued. However, this does not need to be the case anymore. With the current administration fighting to bring jobs back to America, there is a much more positive way to look at the robot issue. Perhaps it's time to start understanding the contribution that robots have in keeping our economy alive. A closer look at the issue doesn't have to result in a doom and gloom response. Ultimately, robots offer opportunities to keep and create new and better jobs for Americans.

Recent studies are proving that robots will be to thank for having any manufacturing strength at all. In fact, robotic automation allows companies to expand their capabilities, reduce costs, and increase production.

As robotic technology continues to advance (vision capabilities, greater speed, etc.), this can only benefit more and more American manufacturers. Equipped with better technology, businesses can enter new markets and compete on a global scale.

Offshoring is an ever-present threat to American jobs, far more grave than robots. According to a survey conducted by Princeton Economist Alan S. Blinder, it's a trend that has the potential to continue - possibly taking as many as 25% of the nation's jobs.

Robotic automation is one of the ways businesses can remain competitive in the global economy without offshoring. Robots provide an incredible ROI and enable companies to produce top quality products for less - the goal of offshoring. Furthermore, they improve productivity, throughput, and product quality - so businesses can stay strong and stay on American soil.

As with the first industrial revolution, new technology is changing jobs and requiring new skill sets. In many cases, laborers can transition into new positions taking care of and managing robotic systems; manual welders and engineers make for the best robot operators. Robotic systems are machines; they must have people working on them who have an intimate knowledge of the process/application.

With the introduction of robots, many employees have the opportunity to move on to higher paid, more challenging roles. Amar Toor of Switched puts it this way: "...robots, like any other new technology, will put an even higher premium on education and skilled labor. Which, in the grand scheme of things, is actually a good thing for humanity."

A lot of the industrial labor jobs involved in manufacturing are quite dangerous, dirty, and dull. By taking over these tasks robots are actually saving lives and improving worker health and morale. With the introduction of robots, workers can transition to less hazardous jobs. No longer must workers endure the searing heat of foundry furnaces, risk amputation as a result of a press tending accident, or slump into depression from boring, repetitive work.