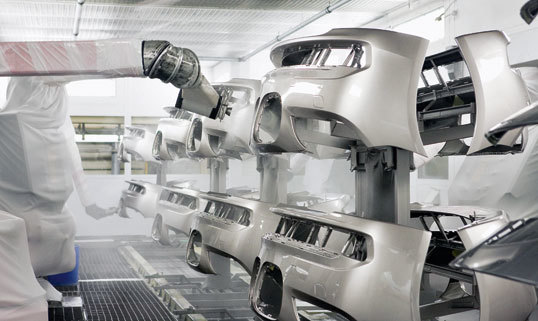 ABB has been around for almost 40 years, providing automation and power systems to the world. In that time, they have opened branches all over the world, like the ABB branch located in the United Kingdom. This branch was opened in 1988, after the company acquired British Wheelset, a company that specialized in steel components for the rail transportation industry. Ever since that acquisition in the late 1980s, the ABB United Kingdom branch has been doing what it can to further ABB’s robotic sales domination through the region.

One big even for the UK branch of ABB was the 1990 majority shareholding purchases of the Kent Group, which formed the ABB Kent Group, according the ABB UK website. The same year, the company bought the UK-based Combustion Engineering Inc., which allowed them to reorganize their key focuses to include process automation and instrumentation.

In 1993, ABB UK procured the largest single order for arc welding ever received – including orders for the UK’s busiest commuter network. This becomes a trend throughout the 1990s and 2000s as ABB’s UK branch continues to gain contract after contract, as well acquiring more companies, which further expanded its growth.

Then, in 2006, ABB UK, as well as ABB worldwide, replaced its two core divisions – automation and power – and replaced it with five key business areas, according to the website. These areas included automation products, process automation, power products, power systems and robotics. These different business areas continue to grow today, just as ABB’s UK branch continues to grow exponentially.

RobotWorx does not a branch in the United Kingdom, but we do have a U.S.-based location in Marion, Ohio, and we are an ABB Robotics certified integrator. Our partnership with ABB allows us access to their full catalog of robot systems and features. If you are interested in automating your facility with products from ABB, or products from one of several other top robot companies, contact RobotWorx today online or at 877-762-6881.