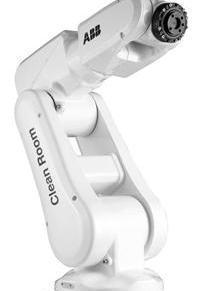 Cleanrooms are environments that are controlled against particles and other contaminants. Products that may become compromised by too many contaminants in the air are manufactured in these cleanroom environments.

According to an article from CoastWide Labs, contaminants are generated by people, processes, facilities and equipment, and they must be continually removed from the air. That is where the environment of a cleanroom comes into play.

Why do these cleanroom environments protect against particles that are 0.5 microns or larger and limit the number in the air? And what is a micron, anyway? Well, to give a comparison, the article stated that a human hair is about 75-100 microns in diameter. So, the particles that the cleanroom protects against are 200 times smaller than a human hair. But, they can cause major disaster.

Products made within the environments of cleanrooms are sensitive to particles in the air, which is why they must be made in this controlled environment. When one of these products is contaminated, it can lead to loss of profit for the manufacturer, as well as downtime to investigate why the product was contaminated and an increase in production costs. An example of a particle that did billions in damage? According to the article, the particle that damaged the Hubble Telescope, making it unable to perform, was smaller than 0.5 microns.

It is also important that if robots are used in cleanroom facilities, that they be specialized for cleanrooms. Cleanroom robots are specially designed with parts that do not put as many particles into the air as their other robot kin.

RobotWorx, a certified integrator of cleanroom robots from Fanuc, Motoman and KUKA, has several models available for use in cleanrooms from class 1 to class 10,000 and beyond. For more information about automating your cleanroom processes with RobotWorx, contact us today online or at 877-762-6881.