Drilling robot pays for itself 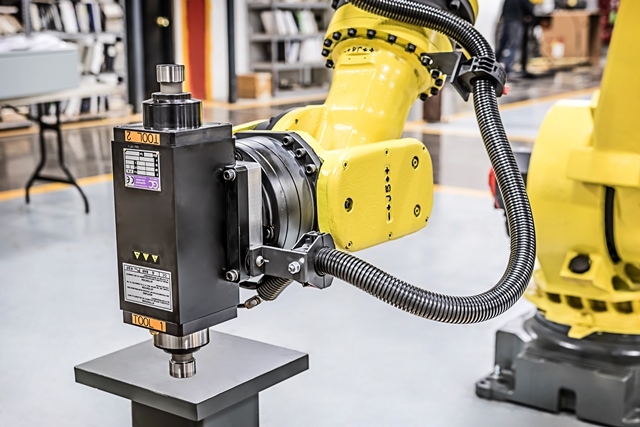 Robots are not exactly the cheapest of investments. Much like cars, they can range anywhere from $25,000 to upwards of $75,000 or more, depending on the system. Drilling robots are no different. However, in the case of the industrial robot, it saves the manufacturer thousands of dollars above and beyond what it cost, paying for itself usually in the first year.

That was the case for a Motoman drilling robot system that was installed for a glass-reinforced plastics factory. The system for robotic drilling that Motoman installed in the factory ended up paying for itself in as little as four months, according to the Motoman website.

This manufacturer was having an issue with the difficult work that went along with manufacturing their glass-reinforced plastic baths. The drilling task was dusty and noisy, as well as being intensive and rife with errors. Motoman solved this problem by installing a robotic driller from the UP series.

Once the robot driller was installed, the flexibility and speed demonstrated by the robotic system cut cycle times by 85 percent. This reduction in production time alone helped to pay for the robot drilling system. When cycle times are reduced, more product can be made during a shift. And, since robots do not need days off or downtime like human workers, products can be made virtually 24 hours a day, 365 days a year. The factory went from making 200 baths per month before automation to 2000 baths a month after automation.

Not only did the automation of drilling robotics save the company money, but it also kept productivity high by eliminating unnecessary bottlenecking during production, which also helped to significantly boost output, the website stated.

Want similar results with your drilling application? Then you should get in contact with RobotWorx.

RobotWorx is a certified integrator for Motoman Robotics, and through that partnership, RobotWorx has access to many of the best robotic drilling systems Motoman has to offer. Our company can also customize a system to fit your specific application needs.

For more information about automating your application with drilling robots, contact RobotWorx online or at 877-762-6881.