Engines and Glass in Flint, Michigan 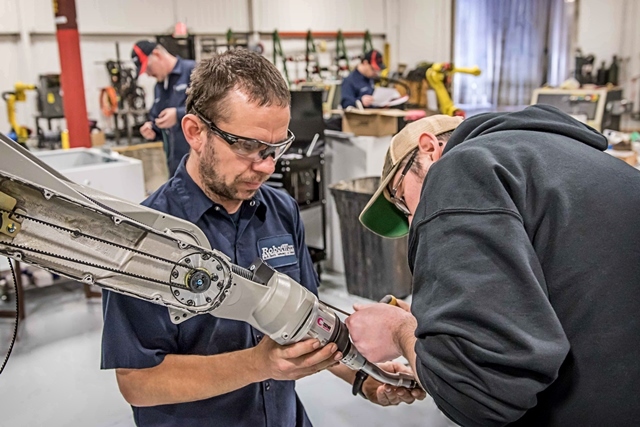 Flint, Michigan has seen a lot of hardship in the last 10 years. Once a booming industrial metropolis and the birthplace of General Motors, Flint went into receivership in 2002, and the economy has been slow to recover. However, despite the economy, there are some industrial manufacturers that decided to stick it out in Flint and keep the city alive.

GM now has an engine operations plant in Flint. The factory builds motors for several different GM models, and has seen several investments from GM for further factory improvements and expansions. How could GM benefit from robotic automation? Well, that’s simple. Robots have the precision and accuracy necessary build engines and improve the production speed of the factory line. An investment in robots for the engine operation line would mean less downtime and more product.

Another large industry that has a base in Flint, PPG Industries, can also benefit from robotic automation. This company deals in special coatings, fiberglass and glass, among other things. Robots not only coat more evenly than the human hand, but they also use less product, which saves the company money. Also, when a company like PPG invests in cutting robots, they increase the health level for their employees by taking them away from dangerous particles that are sometimes released during the cutting process.

All in all, Flint is on its way, though it may never see its previous hay day again.

So, where do Flint, MI companies go when they need top quality robotic systems and parts for the best price? They cross the border and come to RobotWorx in Marion, Ohio. RobotWorx is a certified integrator for FANUC, Motoman, KUKA, and ABB robotics. With these partnerships, our company has the ability access hundreds of parts and systems to meet your robotic automation needs.

For more information about RobotWorx, contact us today at 740-251-4312 or reach representatives online.