How the Motoman HP20 works 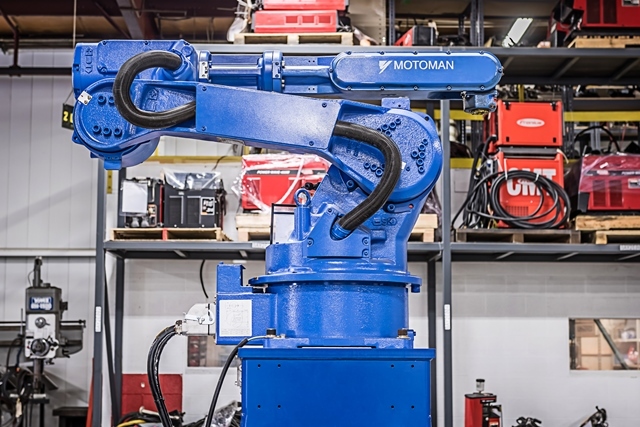 The Motoman HP20 is one of the most versatile models made by Motoman today. The robot can weld, handle material and remove material with the best of them. It is used in industries around the world. However, it is not just the end-of-arm tooling that is important when looking at this robot and its work. It just as important to look under the proverbial hood, and see how it runs.

The most important parts on the HP 20 would probably have to be the servomotors. Without the servomotors directing power to the gears of the robot, the robot would not be able to move or perform processes efficiently on the job site. There are four servomotors, part numbers SGMRS-12A2B-YR11, SGMRS-13A2A-YR11, SGMRS-06A2B-YR11 and SGMPH-02A2A-YR11, which operate the motor functions of the Motoman HP-20.

One of the last internal parts important to the Motoman HP 20’s performance is the internal wiring, part numbers HW0171559-A and HW0270954-A. The internal wiring is responsible from running power and information from the power supply and robot controller to the robot itself. Without the wiring, the robot would not be able to move or do its job.

Do you have an HP20 from Motoman in your shop that needs parts? Are you looking to purchase a new or used Motoman HP-20? If so, RobotWorx is the place to call. RobotWorx carries a large selection of Motoman new and used robots and parts. If you would like more information about RobotWorx, contact us today online or at 740-251-4312.