Is a wireless robot right for me? 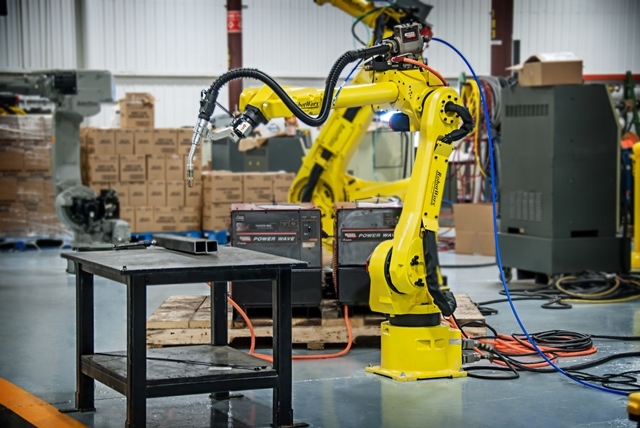 Robotic automation has been around for years. Industries all over the world have automated different parts of their production lines to free up manpower and speed up productivity. Now, instead of just the traditional robots, some manufacturers are moving toward wireless robots for their facilities.

So, how do you know if the move toward wireless robotics is right for you?

According to a paper from smerobot.org, cost is the first consideration to be made when buying any robot, but especially a wireless robot. While it may seem like a wireless robot will run more expensive than a traditionally wired robot, manufacturers do not have the same expenses for wire replacement with a wireless robotic unit. This saves them money in the long run.

Another advantage to going wireless is the freedom of mobility that a wireless robot has. These robots can move around a plant without interrupting the connectivity of the robot to the controller, the article stated. Also, this freedom is an advantage if robots have to be moved and reprogrammed for new product lines on a frequent basis.

While there are obvious advantages to robotic wireless systems, there are also some pitfalls that need to be considered before moving forward with a purchase. The first, and most important, pitfall is the wireless robot’s threat to the safety level in a facility. Wireless robots operate on receivers that are linked to their controllers. There are frequencies that can jam those receivers, and cause accidents in the shop. Manufacturers have to take extra precautions to remove these interferences when employing wireless systems.

There can also be an issue with security on a wireless system. If the frequency is received by an outside source, the robot program could be hacked. Of course companies offering wireless robots have protocols in order to protect against these issues.

All in all, a wireless robot is an investment in the future. Eventually, all robots may end up being wireless, just like most phones are now. It is just a matter of time and money.

RobotWorx is a certified integrator for many robotics companies, including Fanuc, Motoman, ABB, Universal Robots, and KUKA robotics. If our customers are looking for wireless robots, we will procure them for our customers, and even customize them into a workcell, if the customer chooses.

For more information about purchasing a wireless robot through RobotWorx, contact us today online or at 877-762-6881.