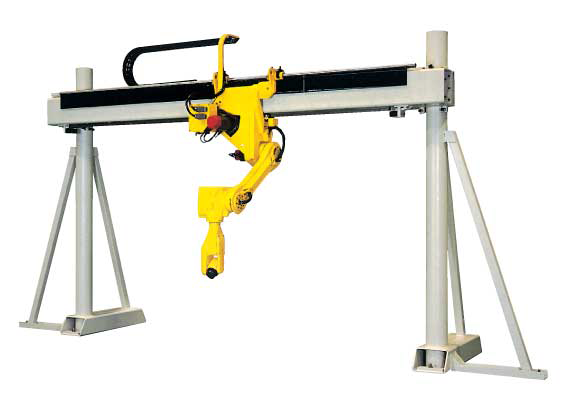 Defense contractor Lockheed Martin began automating their painting processes in 2011, when they needed a faster way to paint their F-35 Lightning II jets in Raleigh, NC, according to assemblymag.com. Many manufacturers are always looking to improve the efficiency of their processes, and Lockheed Martin was one of those manufacturers.

Even though the defense contractor understood the benefits of painting automation like the increase of speed and accuracy, while also increasing the health level of workers in their factory, it was the robot painting simulator that helped them to automate their system.

A robotic paint simulator is a computer program that simulates the painting process from start to finish, showing manufacturers exactly how the robot will move and interact with its environment and the things around it. This saves money for manufacturers because the robot integrator doesn’t have to build a mock-up of the system prior to presenting it to the manufacturer.

Lockheed Martin used this painting robot simulator to make sure that all of their robots were placed in precise positions to avoid any collisions during operation. It also helped Martin configure the two different automated systems they use. There is a three-robot system that paints the aircraft’s exterior, and another two robot system for the interior.

The process of robotic painting simulation allows manufacturers to virtually define, plan, create and monitor the production and assembly processes that involve paint, the article stated. By using this software, the company is able to maximize production efficiency, lower costs and improve quality.

RobotWorx, a certified integrator of FANUC, Motoman, ABB, Universal Robots, and KUKA robotics, has simulators in place for FANUC and other robotic systems. Any customer can have a robot painting simulation designed for them so they can properly plan their system for their facility.

For more information on robotic painting simulators, contact RobotWorx online or at 740-251-4312.