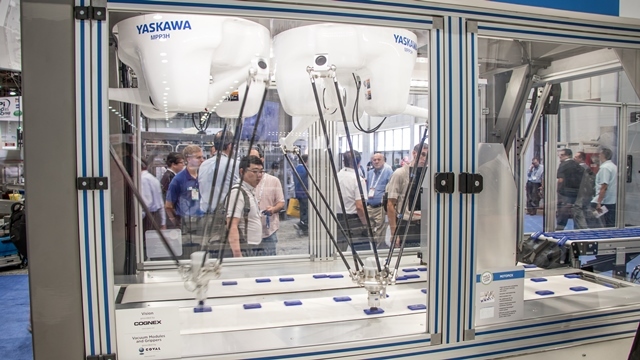 So what happens when robots begin manufacturing other robots? While it may sound like a scene straight out of iRobot, I assure you, it is not.

Industrial manufacturing robots work on assembly lines constructing other items, including vehicles and electronics that are complex and have many interworking parts. If a robot can put together a television circuit board or a Volkswagen, then why not another industrial robot?

Some see this as signs that manufacturing is moving away from actual manufacturing and into replication. However, these replicating ideas are currently only existent in the scientific testing phases.

Of course, it is possible that robot replication will become an industry in the future as the need for more and more industrial robot services become prevalent in society.

While RobotWorx does not have robots replicating robots in its facility, the company will customize and integrate an industrial robot system based on your exact specifications.

RobotWorx, an integrator of Fanuc, Motoman, ABB, Universal Robots, and KUKA robotics, strives for excellence with its customers. Our highly skilled group of engineers, designers and salesmen will work to build you an industrial system that will leave you 100 percent satisfied.

For more information about automating an industrial robotic system with RobotWorx, contact us online or at 877-762-6881.