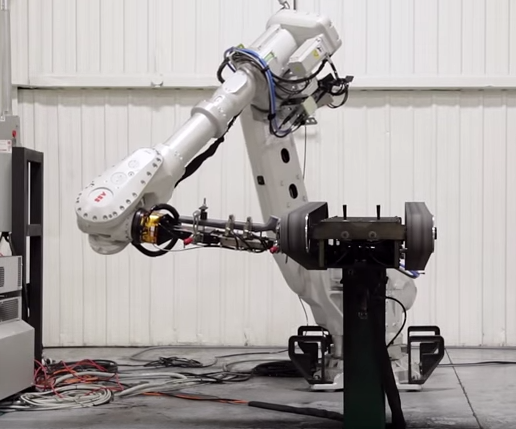 Cutting applications have been around for many years, and many of these applications do not use a traditional cutting tool for their process – they use gases and lasers to cut different kinds of metals. Two of these applications, plasma cutting and laser cutting, can be automated, which means that robots are used to perform the cutting tasks. However, plasma cutting is far less expensive than laser cutting, which is something that a manufacturer may not know when looking into different robotic applications.

When people think of laser cutting, their mind probably goes to some science fiction movie with powerful lasers that could go through metal several feet thick with no problems. While laser cutting is a powerful robotic application, it does have many drawbacks. Because the process of laser cutting uses a focused beam of light for its cutting process, the tooling used in laser cutting is much more expensive than what is used for a plasma cutting robot – sometimes as much as 50 times more expensive.

Are you weighing your options between laser cutting vs plasma cutting robots and want to know more? If so, then you should call RobotWorx provides robots from several different robotics companies, including Fanuc, Motoman, KUKA, Universal Robots, and ABB. Our staff will work with you to find you the right robotic cutting system for your facility and your budget.