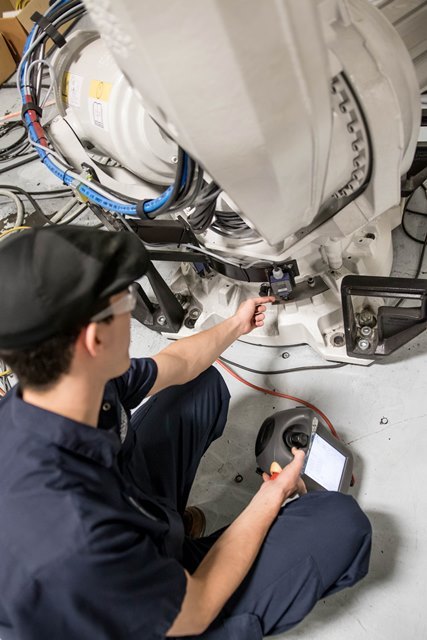 The demand for robotics automation and applications is constantly growing and developing, as advances in computing progress. The manufacturing industry was the first to heavily invest in robots and is still the primary employer, but the rise of robots in fields such as aerospace, agriculture, defense, mining, medical, energy, and education is not insignificant. Robotics engineers are responsible for designing robots, maintaining them, developing new applications, and conducting research to ensure robots are reaching their highest potential.

Many types of robotic engineers exist. Visionary engineers create and design experimental robots. As we watch robots navigate another planet, a visionary engineer sits back and smiles as his idea coming to life. Robotics test engineers work for robots manufacturers and apply the system to the manufacturing assembly line. Engineers are also responsible for developing cost proposals, studies demonstrating robots’ efficiency, and quality-control reports. Engineers can be employed directly by the robot manufacturer, the military or aerospace programs, or colleges and university study teams. The demand for qualified robotics engineers is expected to grow by 13% through 2018, according to the US Bureau of Labor Statistics.

Some robotics engineers take on the task of helping humans. The Department of Mechanical Engineering at the University of Idaho is developing a finger exoskeleton for rehabilitation and neuro-muscular research. Robots that are to be used in conjunction with a human are obviously different than robots that are used in manufacturing industries. The Finger Individuating Grasp Exercise Robot (FINGER) assists humans with moving their fingers and making grasping motions all while recording patient performance. This type of robot gives us a sneak peak into what our future might look like.

Of course, robotics engineers can also specialize in entertainment. Walt Disney Imagineering employs engineers that work on turning cartoon characters into 3D characters at the amusement park. Robots used in the park must function for up to 16 hours a day, along with other challenges, such as dynamics. These robots are responsible for lasting memories for children.

Robotics engineers use computer-aided design and drafting (CADD) and computer-aided manufacturing (CAM) to aid their work. Microprocessors and computer programming knowledge is important in order to create an appropriate robot for each application.

RobotWorx also has robotic engineers working to create the right integrated package of new and used robots into many types of industries. Working with programmers and the customer, the robot engineers are able to help design the best floorplan and pick the right type of robot for your tasks. Contact RobotWorx today to discuss industrial robotic integration today; online or at 877-762-6881.