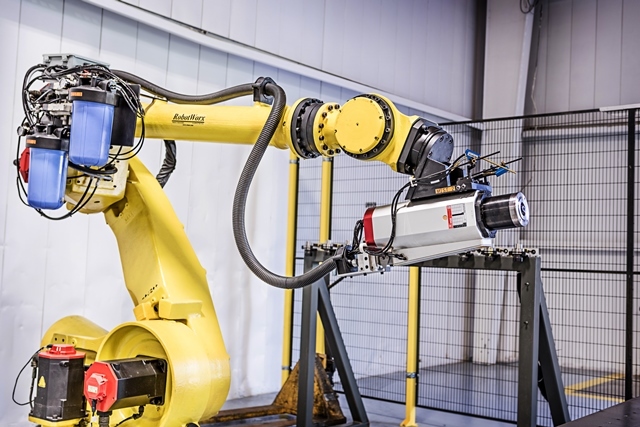 When you think of robots on screen in movies, television shows and commercials, you probably think of the Johnny Five robot from Short Circuit or a robot like The Terminator. However, industrial six-axis articulated robots have had their days in the limelight as well. There are many companies in California that use robots for movies, photography and television – and some of those companies are located in San Francisco.

One production group located in San Francisco, Autofuss, used four industrial robots for a commercial about the Nexus S by Google. The commercial depicted a Nexus smartphone being handled by four different articulated robots, and it showed the robots working together to use the phone to take pictures, give directions, etc. Commercials like this can demonstrate something other than the usefulness of the Nexus by Google. It can also demonstrate the effectiveness of industrial robots and their ability to work together. So, while Autofuss may have been producing an ad for Google, they may have inadvertently given a manufacturer a solution for fixing his welding, material handling or material removal problem. And that solution is industrial robotics.

Of course, Autofuss is not the only group in San Francisco using industrial robotics. Companies like Walter Kim Productions can also use robots for placement not only in commercials, but also in television shows and movies. There have been industrial robots used in all three of the Iron Man movies. They have been used in the Terminator series of movies. They’ve even been used in music videos. But, it’s not just about getting these robots on screen and moving them around. Some of the robots used by production companies are used to shoot the movies, not be in the movies. One example would be the four industrial robots used by the 2013 movie Gravity. Another example would be the original Star Wars series, which used robots for different camera angles.

All in all, robots are in use in the television, music and movie industry for more than just props. They are characters and they are filmmakers.

Production companies looking for robotic automation need to look no further than RobotWorx in Marion, Ohio. RobotWorx is a certified integrator for ABB, Motoman, Fanuc, Universal Robots, and KUKA robotics. Our highly-qualified team of engineers and technicians can get you the system you need for your next project.