Robots That Kill... And How to Stop Them 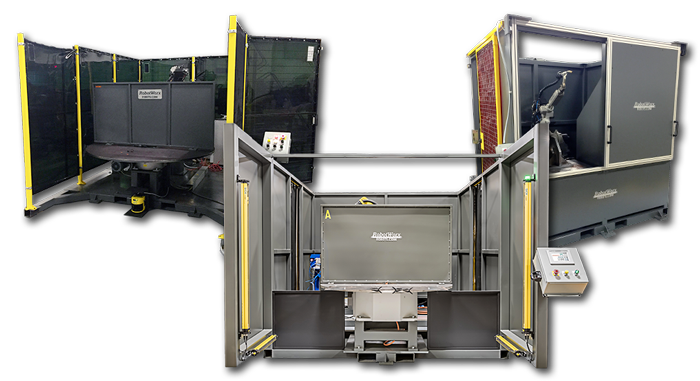 From the first mention of the word “robot” in the 1920s play RUR right up until the machines that dominate industry today, robots has been associated with ‘slave labor’ or ‘drudgery,’ as they should – the word literally means just that.

While robots were made to help man, they are also large and dangerous metal objects with speed and force that can kill a human, if that human is in the wrong place at the wrong time.

On January 25, 1979, Robert Williams became first human fatality caused by a robot. Williams was struck in the head by the metal arm of a robot at the Ford plant in Flat Rock, Michigan. The material handling robot had slowed its production speed, and Williams climbed in to the work area of the robot, where he was struck and killed instantly.

Another incident happened two years later in Japan when Kenji Urada climbed over a safety fence to do maintenance on a robot without properly shutting it down. The robot arm was still in operation and accidentally pushed Urada into a grinding machine, killing him.

When looking at these incidents, as well as other documented injuries and deaths due to industrial robots, you can see one common theme – the deaths could have been avoided. These robots do not kill out of malice or revenge. In most cases, it is a matter of unsafe work practices around heavy, metal, robotic machinery.

There have been many advancements that make the robots of today safer than those in the past, including the addition of better safety mechanisms, better training, new designs and better preventative maintenance.

Safety mechanisms keep humans at a safe distance while the robot is in operation. Many robots and robotic workcells have some sort of safety fencing surrounding the system that encompasses the majority of the work area, keeping human workers out of the way of the robot arm.

In several workcells, safety light curtains and pressurized mats are used to keep workers safe during application operation. When something steps on the mat or crosses the light beam of the curtain, the robot will stop the operation until a safe distance is again maintained.

A similar pause or stop in operation can be achieved by releasing the “deadman switch,” a switch that is in place to ensure the safety of the workers during training and manual operation modes. When pressed, it immediately stops the robot for all actions, or in other words, makes the robot “dead."

Training has become extremely improved over the past years. Engineers and robot technicians are thoroughly educated on how to operate and run a robot system. There is no substitute for good training and safety practices. Knowing how to operate a robot properly is crucial when working with robotic systems.

As robots become more common, they also become more user-friendly, and given the right amount of time, many people can be trained to safely program and operate a robot. The technology in robotic systems is constantly improving to make the operations as safe and easy to understand as possible.

One huge advancement in technology have been the incorporation of vision systems with robots. Robots can “see” now. These vision-guided systems are programmed to look at a part and be able to distinguish it from other parts. Along with that, vision cameras are affixed on the production lines to keep a close eye on quality control. These cameras can detect if a robot is having a problem over and over with work pieces, and can potentially detect whether the particular robot needs adjustments or maintenance. Vision systems have reshaped the way robots work and enhanced their quality and performance substantially.

Another robot innovation is the development of touch sensors. These sensors allow robots to “feel.” With touch sensors, robots are able to sense how they are engaging with parts. While this improves the abilities of material handling robots to manipulate parts, it also controls the force with which the robot operates and how much pressure is applied during applications.

Robots also keep humans safe on the job. They perform many jobs that are tedious, and even dangerous, for humans. Continued lifting of heavy objects can cause serious long-term injuries to a human body, while the same motion doesn’t faze a robot. With robots performing welding applications, humans are kept at a safe distance from the heat and toxic fumes that can be produced during the process. Robots can even work in extreme heat and cold, like in foundries or freezers, allowing humans to stay out of such hazardous environments.

Preventative maintenance, such as having the robot properly greased, the cables updated and the parts up to date, is important to help keep a safe robot. When a robot is not properly serviced, it can break down or act out unexpectedly, especially if there are frays to wiring and cables. Technicians need to make sure the robot is completely powered down before performing maintenance to avoid accidents.

Recently, the American National Standards Institute approved new standards that allow humans to work directly with robots in a factory setting, instead of having fixtures, safety packages and turntables separating them. Also, robots are being developed with touch sensors that can sense an object in the area and slow down or stop before hitting the object. The advancement of technology and safety features on industrial robots continue to improve, making robots safer than ever.

With all these safety precautions, training, technology and standards in place, it is easy to see that robots are becoming the opposite of dangerous—they have never been safer! And really, it’s not hard to stop them – their actions are completely in the hands of those running them – the human workers.

By keeping up with safety standards, having the necessary safety packages, using advancements like vision, and keeping up with your preventative maintenance, robots can become one of your safest and most reliable assets to improving production in your company.

For more information, contact RobotWorx representatives online or at 877-762-6881.