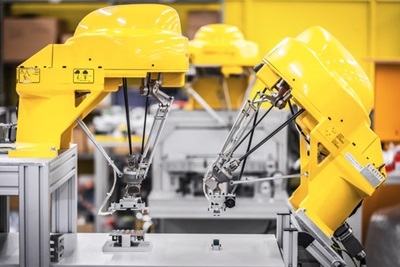 Touching someone or something and receiving a “shock” can be quite shocking. Electrostatic Discharge (ESD) occurs when a sudden electric current flows between two objects. ESD can cause damage to electrical devices, as well as potential equipment failure and network downtime, which can lead to significant production losses. Every manufacturer must be aware of ESD during equipment design, and needs to establish a protective area free of static to reduce the chance of ESD occurring. The technical requirements of a design determine which ESD testing standards should be selected, and the operator must understand the differences between device-level and system-level testing.

The most common model for ESD testing is the Human Body Model (HBM) device-level test. If a human dragged his feet across a carpet, unaware of the charge he was creating, and then touched an electronic device, he would have created ESD. This model simulates this type of electronic discharge from a human, and determines how susceptible the particular component is to ESD damage.

Machine-Model (MM) device-level testing involves industrial automation manufacturing sites. Machines that become electrically charged after being turned on and discharge into an electronic component after making contact were tested for an ESD event.

Charged-Device Model (CDM) device-level testing simulates frequent situations in automated manufacturing environments in which machines are turned on and left on for an indefinite period of time. This causes a buildup of electric charges, and when a part comes in contact with an uncharged conductor, the discharge occurs.

ESD Immunity testing is a system-level test that simulates the ESD of a human on an electronic component. An ESD generator sends ESD pulses to the equipment either by direct physical contact or through the air.

EFT Immunity system-level test, also known as burst-immunity, simulates situations in typical environments. It is performed on all power, signal, and earth wires. The burst constitutes a sequence of pulses within a defined amount of time.

Several companies have developed equipment for use in ESD testing. Teseq offers five different ESD simulators, fulfilling all requirements of the major ESD standards. Each of the simulators is designed for use in Immunity Testing, and have different compliance and kV specifications. Trek designed test and audit equipment for specific ESD testing, like material dissipation testing and static charge monitoring. HV Technologies offers the Model ESD 3000, a fully automated and programmable ESD simulator.

Regardless of which tests are run or which equipment is used, operators must perform a final electromagnetic interference test and a test of the protection circuit.