The Fundamentals of the Motoman UP165 Robot 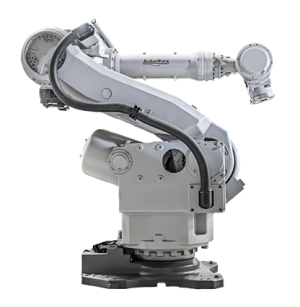 Like many robots in the Motoman line, the UP165 is a complex piece of machinery that has more parts than you would realize. Like each Motoman robot, the UP-165 has servomotors, internal wiring and other parts that help the robot to move. However, it is the makeup of the wrist in the Motoman UP 165 that allows the robot to perform its job accordingly. The wrist unit, part number HW917 is made up of the wrist and the wrist base.

As mentioned above, a robot is not all wrist though. There are internal wires, servomotors and reducers as well.

Internal wires for the Motoman UP-165, part number HW9171094-A, are the wires that direct all of the outside current to the different motors and other parts of the robot. This internal wiring eventually connects to the controller and the power supply for the robot, feeding it not only power, but also instructions for its applications.

Servomotors, another integral part of the robot’s makeup, are found on each axis of the Motoman UP-165: The S-axis, HW9381382-A; the L- and U-axes, HW9381261-A; the R-axis, HW9380938-A; and the B- and T-axes, HW9381368-A. These servo-motors are important because they help with robot movement. They are like regular AC motors, but they have an amplifier and receive feedback from other points on the robot.

It is important for all these critical parts of the robot to work together for a complete system that works well for the customer and improves productivity in their facility. Whether you are looking to purchase a Motoman UP-165, or if you have a UP165 in your shop that needs parts, RobotWorx can help you get what you need. As an integrator for Motoman Robotics, RobotWorx has everything you need for the UP-165, or any other robot in the Motoman line.