The inner workings of the Motoman UP20 Robot 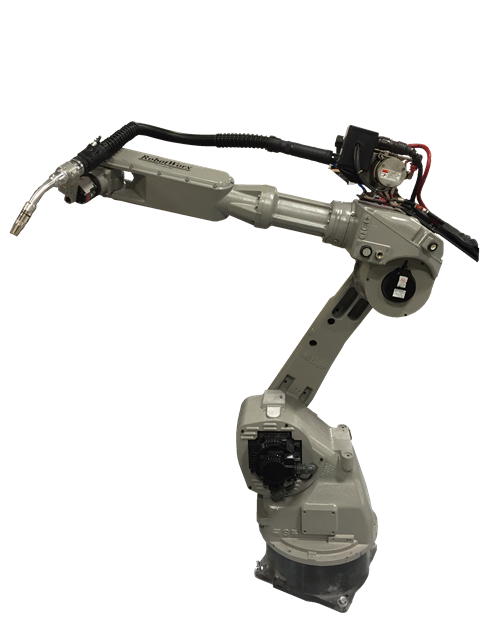 The Motoman UP20 is a complex robotic system that is used in many factories around the world. The UP-20 is made up of several axes that are named (starting from the base) the S, L, U, R, B and T axes. But, without certain key components, these pieces of metal wouldn’t go anywhere. There is also the wrist assembly, timing belts, speed reducers for each axis, internal wiring, and servo motors.

The wrist assembly, part number HW9170593, is where the end-of-arm tooling for any robot is attached. This is where the EOAT gets its mobility, and it is important to have HW-917-0593 in place for the robot to perform its application properly.

Timing belts for the R, T and B, part numbers 60S4.5M414, 60S4.5M518 and 60S4.5M729 (respectively), are vital to the interworkings of the robot. These timing belts direct power from the motors to the axes to make sure they are able to move properly.

The Motoman UP 20 also has internal wiring, part numbers HW9171682-A and HW9371168-A, is integral to the entire operation of the robot. Not only does it run the power supply to the robot, but the wiring also connects the robot to its brain, the robotic controller. Without the internal wiring to direct the electricity and commands, there would be no movement.

As you can see, the Motoman UP-20 is a complex piece of machinery with many parts that work together toward the same goal, improving your factory’s productivity. And RobotWorx is just the robotic integrator to help you design your system using the UP 20. Whether you are interested in purchasing a Motoman UP20 robotic system, or you’re just in need of one of the above parts for your current system, RobotWorx is your one stop shop. Contact us today online or at 877-762-6881.