The versatility of a used Fanuc six-axis robot 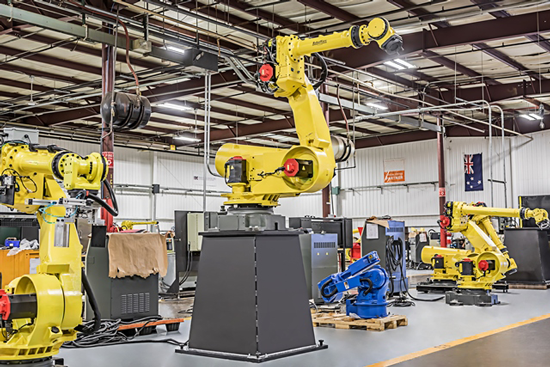 Fanuc Robotics has been making some of the best six-axis robots in the industry for more than 30 years. When a manufacturer purchases a six-axis robotic system from Fanuc, they can expect a system that is the model of speed and efficiency – even if the robot is used. Used Fanuc six-axis robots are versatile and will streamline your manufacturing system at a fraction of the cost of a new system.

One of the most appealing advantages of investing in a used six-axis robot system from Fanuc, aside from the price difference, is the flexibility that comes with one of these systems. Investing in a six-axis used robotic system from Fanuc means investing into a robot that can perform dozens of different applications. A used Fanuc robot with six axes can weld, handle material and remove material, depending on the model purchased. This lowers a manufacturers need to buy extra equipment, lowering costs.

Used Fanuc six axis robots can also elevate the production time in a shop. When workers perform repetitive actions, they can develop injuries from the repetition. This can lead to a slower production time or shut downs due to worker shortage. With six-axis used robot systems from Fanuc, production downtime is a thing of the past. These robots will boost upt-ime with their ability to run 24-hours a day, 365 days a year, without any need for days off or sick time. This improves the production speed, as well as saving the manufacturer time and money.

Think you might be interested in a used six-axis robot from Fanuc for your production line? RobotWorx has just the system you are looking for. We are a certified integrator for Fanuc Robotics, and we have access to hundreds of new and used models to suit any industrial application.

For more information on integrating a used Fanuc 6-axis robot into your line, contact RobotWorx online or at 877-762-6881.