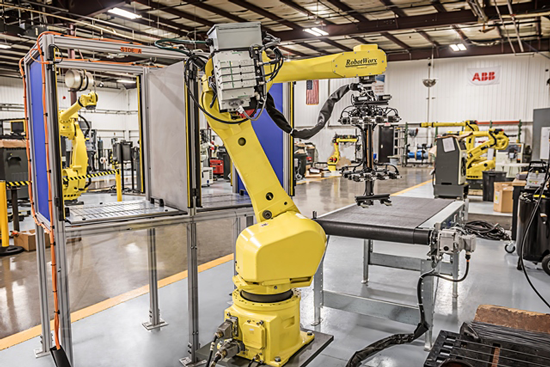 The amount that is carried by a robot is an important element to any robot application, especially when dealing with loading and unloading processes. By using gauging controls on the end effector of the part loading robot, the load being carried can be automatically measured, ensuring that the robot is not picking up to heavy a load, and that the load did not change weight significantly during machining application.

There are several industries that can benefit from a robot gauging control on their part loading robots, including the automotive, aerospace and rail industries. These companies build transportation vehicles that have several parts that need to be specific weights. If these weights were to change drastically during the production process, it could be detrimental to the safety or cohesiveness of the entire vehicle as a whole. By using features like gauging controls on the robot’s end effectors, these weights are checked at each loading and unloading point, guaranteeing precision during the entire production process.

These robotic control gages can also be applied to grinding and other material removal processes used by different companies. When a part has cut away, it weighs less than it did at the beginning. By employing robot gauging controls on the end effectors that take the metal work piece from the material removal station, manufacturers will know exactly the weight of the finished piece. This can help alert the manufacturer to possible errors during the removal process, for example, the wearing of a spindle or other end effector. By using robotic controls for gauging payloads, companies can cut down on errors and improve the quality of their products.

If you are interested in features like gauging controls or other features for robotic automation systems, contact RobotWorx. RobotWorx provides solutions from several different companies, including Fanuc, Motoman, KUKA, Universal Robots, and ABB. We also have partnerships with several companies that produce end effectors and other robot features. Our staff will work with you to build the perfect system for your application.