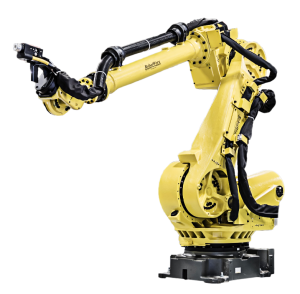 The automotive industry is one of the biggest markets for factory robot applications. However, industries like the aerospace industry are increasingly integrating more and more robots into their facilities.

The aerospace industry operates on the ability to be precise, an important quality when building aircraft. This industry has employed factory robots for years to assist with the fabrication of jet engines and other parts, but it is only recently that the industry has made the leap to using robots in other areas.

Factory robotic applications that have been the same for decades to build cars do not translate well to building aircraft. It is only with the new robots that have pinpoint precision and accuracy that this industry has been able to jump into using robots with both feet. Now, instead of just being limited to jet engine fabrication, factory robots are also performing applications like drilling, painting and other tasks for airframes.

One of the main applications for factory robots in the aerospace industry is drilling. Factory robots are a natural fit for this task because of the precision that is needed when drilling holes for aircraft. Not to mention, it is a hefty job. It doesn’t make sense to have human workers drill thousands of holes for aircraft parts. It would take too much time and be too expensive. By using the factory robot application, the drilling takes less time and is completed with better accuracy.

These factory robotics applications use vision as well to not only drill holes, but also inspect the work that has been done and the condition of the aircraft. This gives robots the ability to perform their own quality control analysis with more accuracy and less error than when manually completed.

RobotWorx, a certified integrator of factory robots for Fanuc, Motoman, ABB, Universal Robots, and KUKA, has several models that can perform dozens of factory robot applications, including drilling and painting, as well as welding, material handling and material removal.

For more information about how RobotWorx can help your industry automate their applications with factory robots. Contact us today at 877-762-6881 or reach representatives online.