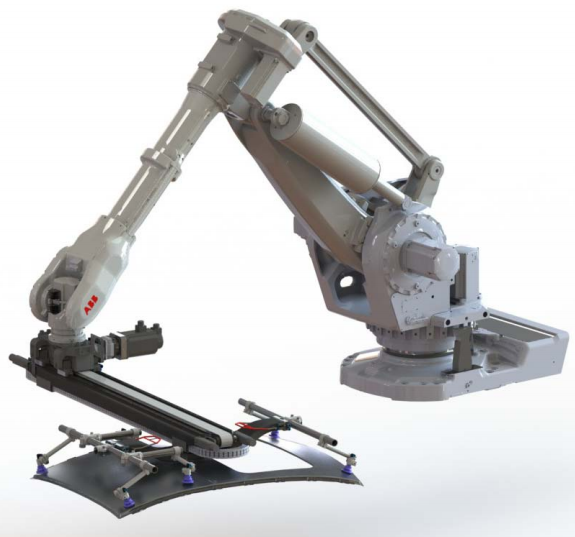 Robotic painting is probably one of the easiest ways for a manufacturer to save money, and it is also one of the oldest robotic applications around. Companies like ABB Robotics have been designing flexible painting robots for decades, and their designs just keep getting faster and more agile as the years go by.

ABB Robotics has several different robotic painting systems, and one of the newer models is the FlexPainter IRB 5500 – an exterior painting robot with the largest and most flexible work envelope on the market today, according to ABB. Manufacturers have always been able to save money with painting robots because they work at a speed much faster than their human counterparts. But this flexible painting robot from ABB is able to work faster than the other robotic models – two FlexPainters can take the place of four older model painting robots.

Because of the speed and agility of the FlexPainter robot from ABB, there is also a faster return on investment for manufacturers. Instead of waiting for the return on investment for four robots, they can turn over an investment on two robots, which means that the robots will pay for themselves at a quicker rate. Like other painting robots from ABB, these robots also improve the painting process in other ways. They do not use as much paint, which means that there is less waste during an application cycle, and that saves money on materials, as well as being better for the environment – a win-win situation for manufacturers.

Are you interested in learning more about the FlexPainter and other ABB painting robots? If so, then you should call RobotWorx, a certified integrator for ABB Robotics. Our staff will work with you to build the perfect painting system or work cell for your facility.