The inner workings of the Motoman SV3X

While some robots can only perform welding or handling applications, some robots can do both. The Motoman SV3X is one of those robots. The SV3X has a wide work envelope and can perform assembly, packaging and arc welding, along with other applications. But, what is going on inside the SV-3X? What makes it run? While the parts may be complex, the answers are simple – the timing belts, the speed reducers and the internal wiring all work to help the SV3X function. 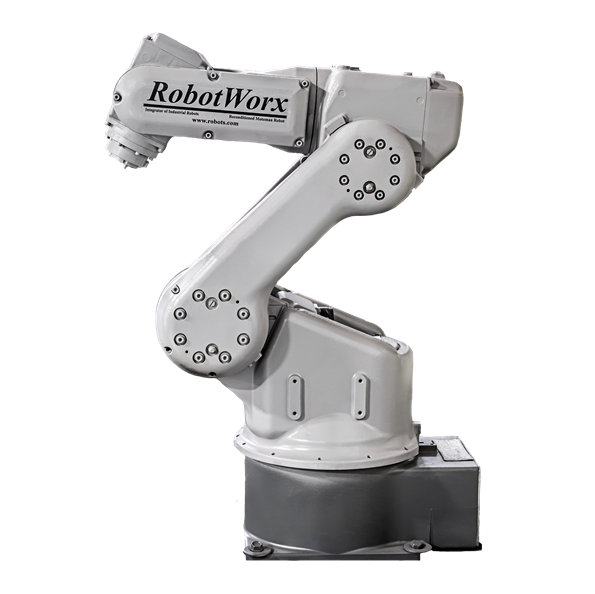 The timing belts found on the R and B axes of the SV 3X, part numbers 050S4.5M198 and 050S4.5M315, are used to synchronize the movement of the robot motors so that on piece is not trying to move against the other. These belts play an important role in the fluidity of the robot’s motion.

The final critical pieces to the SV3X’s operation are the internal wiring that is found on the S-, L- and U-axes – part numbers HW9171589-A, HW9271096-A and HW9270889-A. This wiring not only directs the power from the power supply to the robot, but also directs programming information from the robot controller to the Motoman SV-3X to help it function properly.

Are you in the market for a new or used Motoman SV3X? Maybe your current SV-3X needs parts? RobotWorx is your one stop shop for new and used robotic systems and parts from Motoman. As a certified integrator for Motoman Robotics, RobotWorx has the ability to get our customers any system or parts that they need from that robotics dealer.

For more information about purchasing Motoman parts or robots through RobotWorx, contact us today online or at 877-762-6881.