The power and motion of the Motoman UP130 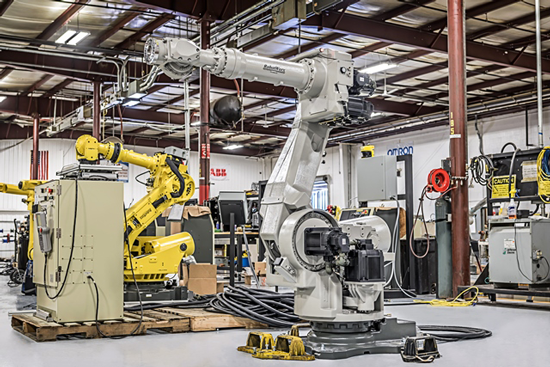 The Motoman UP130 robot, like many robots in the Motoman line, has several parts that work as a team to increase a manufacturer’s productivity. While the S, L, U, R, B and T axes are important in their own right, it is the parts contained within those axes that take control of the entire robot. These parts include servomotors, reducers and the wrist unit.

And while power and motion are important, it is the wrist unit that does most of the actual work. The wrist unit, part numbers HW9171451-A and HW9171451-B, is where all end effectors are placed on the robot for its spot welding and material handling applications. Without it, the robot would be a long arm with no wrist or hand.

These parts are important in their own rite, but work together well to make a top notch product that would speed up any manufacturer’s production. Are you looking to purchase a UP 130? Maybe you have one and you need spare parts? Either way, RobotWorx is the place to go. Our highly-skilled with staff can meet all your system design and parts needs. For more information about the UP-130, or any robot in the Motoman line, contact RobotWorx today online or at 877-762-6881.