Robots are Dancing Their Way into the Entertainment Spotlight 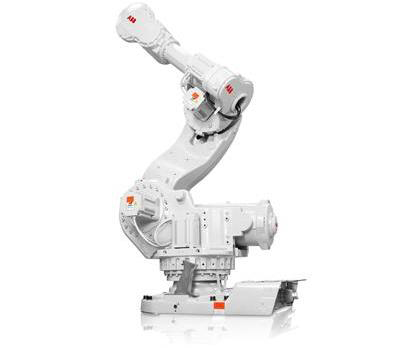 We were all very excited to watch the great Lady Gaga tribute the late David Bowie. Our excitement exponentially increased when we saw that Lady Gaga invited a choreographed ABB IRB 120 IRC5 piano to rock out with her on stage. This wasn’t the first time Lady Gaga has used a robot, however, we love the fact she is expressing herself and creating new art forms by developing a union on stage with a dancing robotic piano.

The piano sat on top of two robotic arms and came to life as she began to play. The keyboard moved up to meet her hands and the arms continued to sway the piano back and forth to the beat of the song. Lady Gaga continued to play the keys and flawlessly carry on with singing as the microphone moved along as well.

It turns out that one of NASA’s Jet Propulsion Lab roboticist helped make the night a success. The brains behind it all, Andy Robot, re-purposed software he had previously used and when asked what robot he chose, he responded with “We used ABB robots because they're very robust. They're meant to operate for 30 years at full speed, in the dark with no heat, with zero loss of accuracy.”

Apparently working on live television with a robot is no easy task. The team had checklists upon checklists and back-up disaster plans if necessary. The sweat droplets were rolling during the live set-up as the robotic piano team had to face strict timelines, chaos on stage with bands loading and unloading, stagehands unfamiliar with robots, and of course, one amazing rock star and millions of eyes to please.

From roller coasters to dancing pianos, robots are quickly making their faces (and arms) known in the entertainment industry and their performance appear to only get better with each new idea and development.

If you are interested in learning more about ABB robots at RobotWorx or any of the traditional industrial robots available from the companies, contact RobotWorx, a certified integrator for Fanuc, Motoman, KUKA, Universal Robots, and ABB. Our staff will work with you to help you design and build the best robotic system for you and your facility, so call today: 877-762-6881.