KUKA to use youBot in manipulation competition 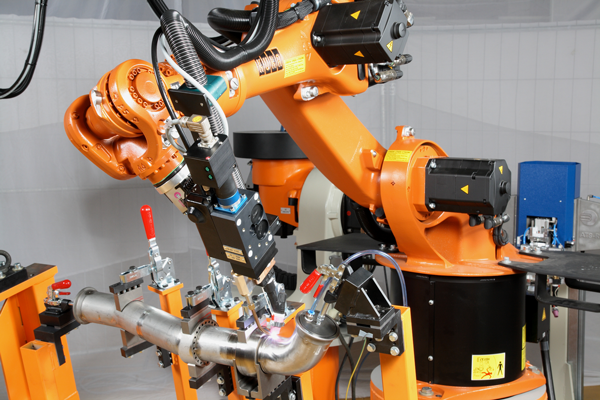 According to a July 2013 article from Robotic Trends, KUKA is hosting a mobile manipulation competition, inviting engineers and creative minds from around the globe to come up with new applications in the mobile manipulation field. The most useful and innovative application stands to win 20,000 euros. Applications are to be judged based on originality, technological readiness, economic impact and other criteria.

The robot being used for this competition, the youBot, was unveiled by KUKA a few years ago, according the article. The youBot is a flexible mobility robot with several open interfaces. The robot has omnidirectional wheels and a five-axis arm. There is a two-finger gripper attached to the arm which is similar to the gripper used by Canadarm on the International Space Station.

The youBot can be used in several applications. One of the most recent was IKEA furniture assembly with MIT researchers. These robots can perform several different material handling applications. And, given a quick change in end effectors, they may become even more flexible. Though, the idea of a mobile robot with a saw blade for, say, a cutting application, does seem a little scary.

While the deadline has already passed to enter this competition, the applications that come out of it are sure to help further improve applications throughout the industrial robot world.

RobotWorx engineers applications for KUKA robots on a daily basis along with their customers, but they’re not giving out prize money. Instead, they’re handing their clients a state-of-the-art robotic system that will automate their applications and improve their productivity.

RobotWorx, a certified integrator for KUKA Robotics, has several robots available for purchase and customization. Granted, they are not mobile like the youBot, but they are six-axis articulated robots that have mounting flexibility and can perform a wide range of tasks from assembly to palletizing to arc welding to routing.

For more information on designing your own application with a KUKA robot, contact RobotWorx today online or at 877-762-6881.