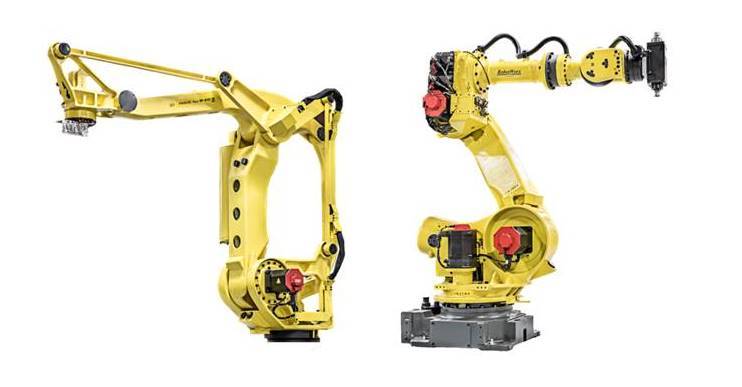 There are several models in industrial robotics. Some are faster, while others are more flexible and able to operate many different applications. When choosing, customers have to consider the four-axis vs. the six-axis robot – speed vs. flexibility.

If assembly is your game, and you want fast, the SCARA four-axis robot may be the way to go. In the fight of 4-axis versus 6-axis robots, the four-axis SCARA is the faster model. They are very common in assembly, pick and place and packaging applications. This four-axis robot is easy to use and can be bolted to a table, programmed and then be ready to work.

Six-axis, articulated robots, as opposed to four-axis robots, have the edge when it comes to dexterity and flexibility. Four-axis robots do not have the ability to manipulate a part with the same freedom that a six-axis robot does. Plus, SCARA four-axis models are usually smaller, and have a limited range, unlike the six-axis robots that can be large or small.

Along with their dexterity, six-axis robots edge out the competition in the four-axis versus six-axis by being easier to program. The robot is more flexible and can handle the constant changes in product design and process.

In the great 4-axis vs. 6-axis robotics debate, it has always been knowledge that 4-axis robots have an edge as far as higher speed and precision, as well as a lower cost for the unit. However, 6-axis robots are making a comeback in the price area as technology advances and costs for units decrease.

Overall, there is not a clear winner in four-axis vs. six-axis robotic systems. It is a matter of speed vs. flexibility, and ultimately, it is up to the customer to see what his facility and application needs more.

RobotWorx, a certified integrator of four-axis and six-axis robots, has several models available, whether you are looking for speed and accuracy or flexibility and dexterity. We are confident that we will have the perfect robot for your facility.