The Robotic Arm – For Humans, By Humans 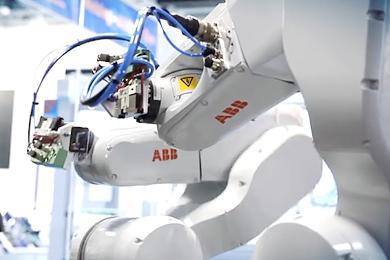 According to a Reuters report, there is a woman in Pittsburgh who can how move items and feed herself using a robotic arm that is directly controlled by her thoughts. This mechanical arm is part of research about brain-machine interfacing. Scientists believe that this interface could bypass nerve damage and help paralyzed muscles to work again.

While these medical robotic arms are breakthroughs that could help many paralyzed and amputation patients in the future, there are other robot arms that have been helping humans for years behind the scenes. These are the articulated industrial robots.

Articulated robots usually have 4-6 axes that are moved by electric motors. These robots are built from the base, and they too act almost like human arms – they have a wrist, elbow and shoulder. The only difference is that instead of being made of muscle, skin and bone, they are made of aluminum, steel or cast iron.

These robot arms help humans out three-fold: they take over tedious work from human workers, they save manufacturers money, and they improve production, which gets products to consumers faster.

Robotic arms perform many tasks for human workers like pick and place, palletizing and other material handling applications that can be dull and injury-inducing. They also perform tasks like welding and material removal that produce fumes and particles that can be hazardous to humans.

These robot arms can also increase production, which saves manufacturers money and pushes out products to consumers. They have reduced cycle times and increased repeatability that can’t be matched by manual applications.

RobotWorx, an integrator of robotic arms from KUKA, Motoman, ABB, Universal Robots, and Fanuc, offers customers several robot arm models that can be customized to fit all of the customer’s needs and specifications. For more information about automation integration and robotic arms, contact RobotWorx today online or at 877-762-6881.